Producer Vijay Chilla is not a producer in a hurry, he gauges the potential of the story and enjoys making films and the process of film making. He believes the right type of content made in a balanced scale can work brilliantly at the box office. In a chat with Klapboardpost.com, he reveals that with passion and tenacity and by surrounding yourself with people you love, your odds can get a whole lot better. Ask him if production is a gamble? “It isn’t a gamble anymore. It is very organised now. I have seen many organised banners, of course some do gamble. This is one industry where you have all newcomers coming in and that is where the success rate is coming down. If you see the number of films working and not working, the ratio of the number of films coming from banners doing it in an organised way – they dont fail much. The others might be too ambitious, might be in the wrong hands of the few people, might not know the exact value of their product etc., the number of releases that happen and the other films also affects you. Jati Ratnalu and Sreekaram were both good films but JR took the cake. Had the second film released the other week, it might have made a bigger amount of money than what they had made at that particular time. Gamble and success are two different things. You lose a bigger stake without having anything on hand. What the film actually deserves and what you get out of it is because of the release of the other film, or other factors.” 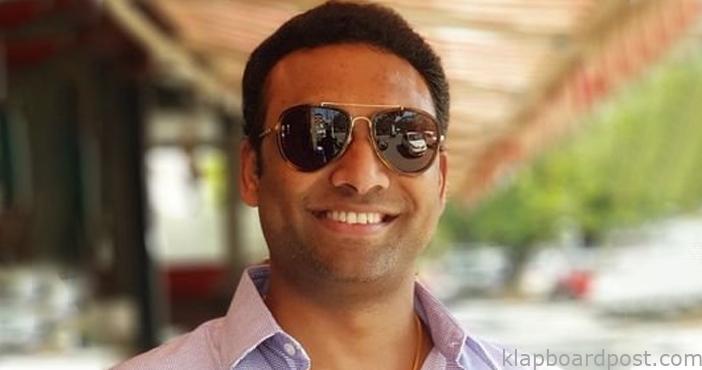 What does Vijay look for in a project when he is considering signing on to produce? Are producers enticed by content or combination of artists? He shares, “For 70mm, our banner, it is the story and script. Other production houses are choosy about the scripts but are also dependent on a combination of market factors. Depending on the script, you are not gambling much and your profit or loss percentage is not much. If you are gambling on the script, you don’t lose much but you do in case of combination that is a gamble. This industry is not a place where you establish your firm and a team of people to work. Here you have to set up a project every few months and team changes every time, ie  choice of team, people and stories. I make films based on my choice. If I’m excited about a story, I make the film but it might not be the choice of the public. The success depends on whether your choice is meeting the masses. If it doesn’t work, you are not running with the time and mood of the people. Bigger productions have been with the people for so long because they have been able to gauge the pulse of the people.”

He gives examples and adds, “Producers like Rajeev Reddy are doing good films. His success rate is quite good. There are UV Creations who are on the scripts only. What you like, people should like. If it is a content driven film, there is less chance you lose on a bigger note. There is a new stream of writers who have been coming in the past five years. We have been working with one film old director and also those whose previous film didn’t work. It is the current film that had to work. If a successful film director comes and narrates a script to me, I will judge him by his current script and not his latest one. That is the only entry point. Our first was Bhale Manchi Roju, Anando Brahma, Yatra and now Sridevi Soda Centre.” When did fascination with stories happen? “I have been associated with the industry for quite some time. started off as a distributor of Arya. I did my engineering from Bangalore. I was a networking engineer in Hyderabad. I had friends like Vamsi from UV creations and others who were interested in getting into films. I was an inactive partner.

Vijay further adds, “Any business has to be done with full effort, it is the same struggle everywhere. This industry gives exposure, that’s all. There are people who are doing bigger businesses. My budgets are small compared to that but there is exposure, glamour..people think you are big but you aren’t actually. If you do film as a business you will be able to sustain for long. All don’t concur with your script, it is your belief that you will make it work. Whatever team I worked with did it in a positive attitude and vibe and it reflected in the film. If you don’t handle people you don’t fit in here. Once you start a project, you gotta make sure all are happy and are giving  100 percent to this. It is a short term relationship, you travel for less than six months. In this span getting their faith, making them feel comfy all this matters. Work philosophy? The only principle is you should feel proud of your work at the end of the day. If it is only films you are talking about, if anyone goes and sees the film they should feel proud that the film belongs to them.”

On forging relationships and partnerships he says, “I was not on the distribution side, not actively. We started small and ran for a few years. one after one dropping out and I was the last to stay with Vamsi and Vamsi decided to produce films. The distribution slowed down and I was doing my own business. It slowly started off again, when my friend Sudhir brought us together. We had a reunion from our college. Sudhir always believes I make good choices, I judge a film well. We didn’t take it seriously but Sudhir got a script and I began working on it. I began looking for better scripts and that’s when I found director Sreeram Aditya. Sudhir said it’s working and that’s how we started 70mm. I was shocked that none registered this name 70 mm which means big space. I was even more surprised, when we tried registering it, we can’t have a firm with a numeric starting but somehow we got that. It was available. We also have a partnership firm and a company firm.” 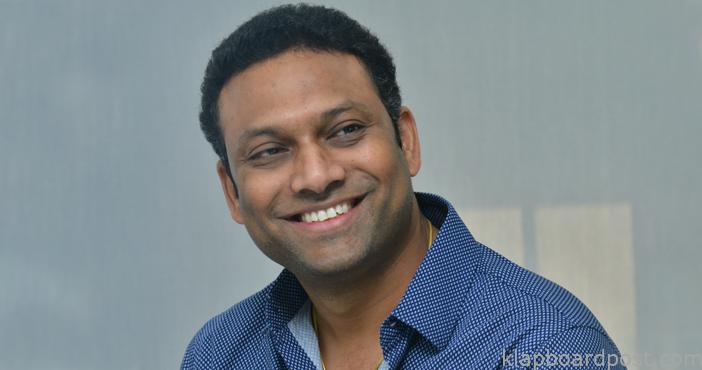 “The success of Bhale Manchi Roju..made me scared. The kind of money we invest and when newcomers come in are ambitious. We were that and over spent. We made little money, till the last minute there were none to buy the film. We learn from experiences and we are getting ourselves better after the third film. Your face is your reflection. Society impacts you the same way you deal with it. I have never faced anything adverse, had good relationships with all from light boys to star cast to exhibitors and distributors. Teams are ready and want to be repeated. Anando Brahma was done in a controlled, perfect budget and we saw good profit in it and also applause. Every film is a new experience, a new set of people, locations and time has changed. It is a different time when you are making the film. You have to be there at the right time. After Anando Brahma we were doing post production and Mahi pitched  Yatra. I didn’t want any controversy, there was a pretty good chance and we could have been seen as a different bunch of people supporting a  political party. We might have been separated from the industry. He narrated only two scenes and after that I  said if the complete film is going to be like this I have nil problems. It was a different emotion, a change over from comedy to emotions. We are proud we made that film,” he analyses his films.

After Yatra recognition for the banner was at its peak. The producers actually thought it would work negatively but it didn’t. The theatrical release did not draw much audience initially, some didn’t want to watch it. Once they watched, the producers got a lot of respect. It was an emotional one, there wasn’t any controversy and after that they made one film every two years and now they are on the verge of completing one. They are also ready with another script and trying to find the cast. What keeps you going ahead in the business? “It’s just the kind of people you meet and if you are stuck with the same set of people, you listen to the same set of stories. I have to keep myself open to ideas. I always feel that I shouldn’t remake any film. There are many stories that need to be told. If the film has already done so well, why do it here? If you do it here, if it works, people say it is a simple  job. if it doesn’t work, people ask why we couldn’t deliver a simple job. The same effort can be put into a fresh script. About web series, if a story deserves to be made with a particular duration we shall make it, but we haven’t come across such a story. I am open to web films and series. Making a web film is easy is the opinion but it takes equal time and effort. Infact more effort. Two and a half hour feature film and six to seven hours is double the effort. If you have a profit margin and fame then fine. What is the point in telling such a lengthy story, you can make two films right? If the story is that exciting and needs to be told in ten hours duration then you can put in the effort. My partner Sashi Devireddy from the USA, it is trust that brings two together. When I hear a script and get excited and I share it with him. If I listen to ten and I like one, I share that one only. If I share those nine, there is a chance he could like one amongst them but that is the choice we made. I make a decision here, when I like something I share and he shares the opinion. We have a discussion about what could work in the film and what I’m excited about. Once we start making he is never involved. Once we finish and we are ready after the edit, we watch it together. Once it is ready, he begins marketing it, the promotions, the planning and release.”

Finally we ask him to tell us a few things about Sridevi Soda Centre and its USP, he reveals, “It is a village love story but it has a fragrance and feel of a proper village. We have seen village stories a lot, especially the Godavari districts. It is all about festivals, culture and some ceremonies in the village and family get togethers, a lot of flowers and decorative things that we associate with festivals. Here we show actual life in the village. Velakotlu is a boat race that no one knows, we were trying to show the culture and all those who regularly live in the village. It is also a story of a small town boy and a girl, no complication at all. He is a village electrician and she is a daughter of a soda centre owner. How they meet and obstacles they face is what the tale is about. This is set against Amalapuram.” 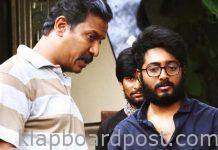 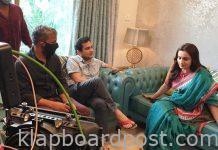 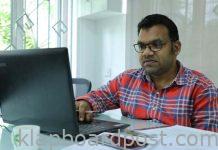 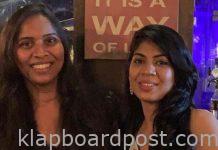 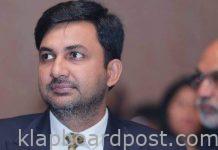 Exclusive: “I don’t have deep pockets & I’m not ashamed of that” 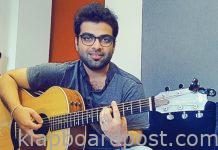 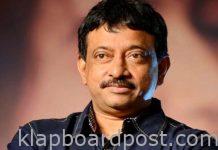 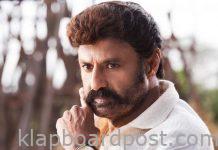 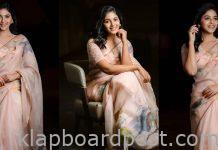 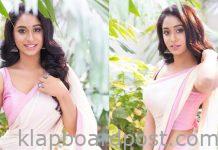 Exclusive: Prem Sagar gets his due recognition