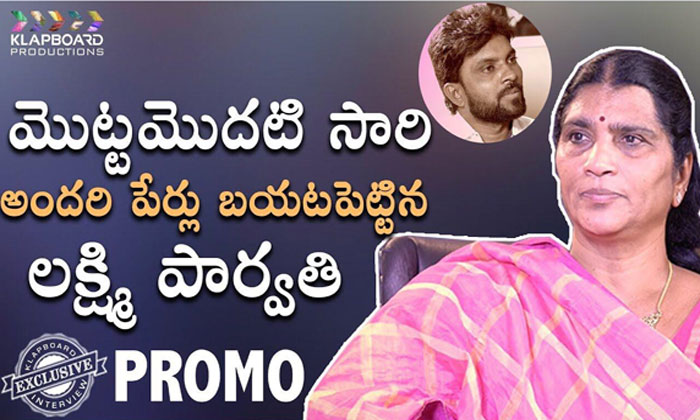 Nandamuri Lakshmi Parvathi speaks her heart out for the first time in an exclusive interview with Klapboard Productions. Lakshmi Parvathi in an eight-minute long promo has spoken about the untouched and guarded truths which have been hidden all these years. From her first meeting with late NTR to the ill-treatment meted out by disclosed persons to Chandrababu’s backstab to late NTR, Lakshmi Parvathi has spoken out all.

Lakshmi Parvathi on Chandrababu’s dark side

She opened up stating how Chandrababu used his all means to make tarnish her image. She added that Chandrababu also instigated Rajinikanth making him write bad about her.  Later, Lakshmi Parvathi breaks down while reminiscing about late NTR. She also spills beans on how Chandrababu brought stay from the court to get the party’s money back then which was set up by NTR.  Check out the promo to know about the facts which were hidden from the public: