Ace filmmaker SS Rajamouli RRR is the most looked forwards film as it is his first multi-starrer starring big stars NTR Jr and Ram Charan. For the last few days, names of the actresses from Keerthu Suresh to Pooja Hegde to recent Samantha Akkineni were all doing the rounds. But nothing has been confirmed yet. And now, late Sridevi’s daughter Janhvi is going viral that she might be cast as Rajamouli is impressed with performance in Dhadak. However, an official confirmation is yet to be made.

Janhvi Kapoor To Pair Next NTR or Charan In RRR? 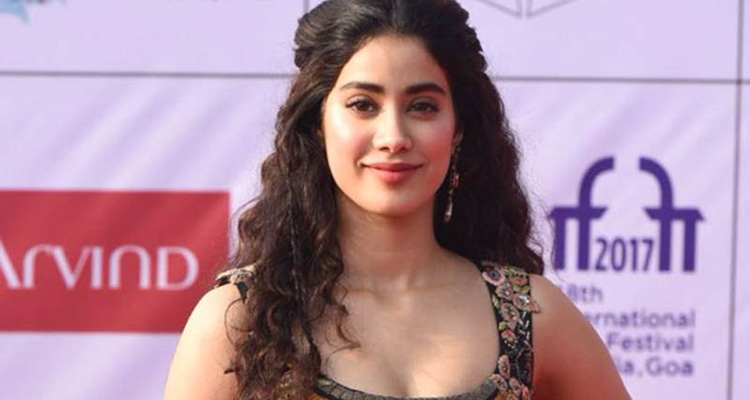 The film referred tentatively as RRR. A source told us that its a plot of two brothers, where Cherry dons the policeman hat and NTR plays a gangster role. The film is being produced by DVV Danayya touted to be made on massive 300 crore budget.