Aravinda Sametha Veera Raghava grand pre-release event was held on October 2 at HICC Novotel Hotel in Hyderabad. The glitzy event was a star-studded affair with all the artistes from the film present over there. Meanwhile, Jr NTR’s emotional speech about his father late Harikrishna has gone viral on social media, with even fans breaking down over the speech. NTR tried to hold back his tears but broke down at later part of his speech. 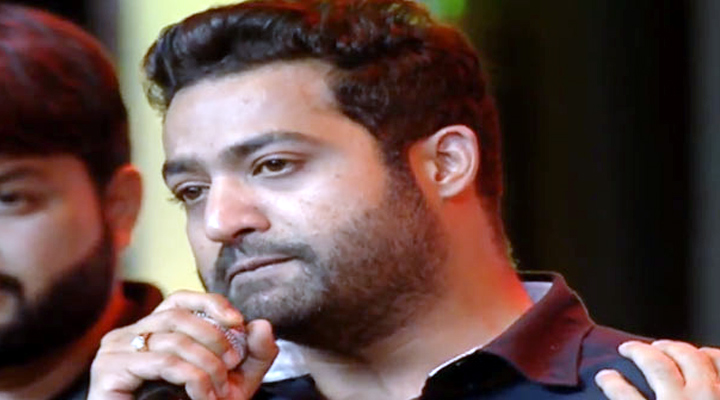 NTR went on to say that in none of his films so far, never a scene was there where a son lits the pyre of his father, adding the scene in Aravinda Sametha as co-incidental or destined. NTR said that he always used to watch his grandfather senior NTR’s pictures during the audio launch of his films, but he never thought his father’s picture will be placed there soo soon.

In the milieu of his father’s fatal death in a road accident, NTR concluded his speech asking the audience to remember that someone is there waiting for them back homes. NTR asked them to be cautious and not be in a hurry while travelling.