Jr NTR welcomed his younger son, Bhargava Ram last year in 2018. The actor has now taken to social media to show the first glimpse of his younger son who turned a year older. Sharing the pictures, Jr NTR wrote, “Bhargav turns one!” RRR actor shared two images one with himself along with Bhargava where the duo are on a swing. The second one is with his elder sons Abhay who is holding his little brother which is overloaded with cuteness. 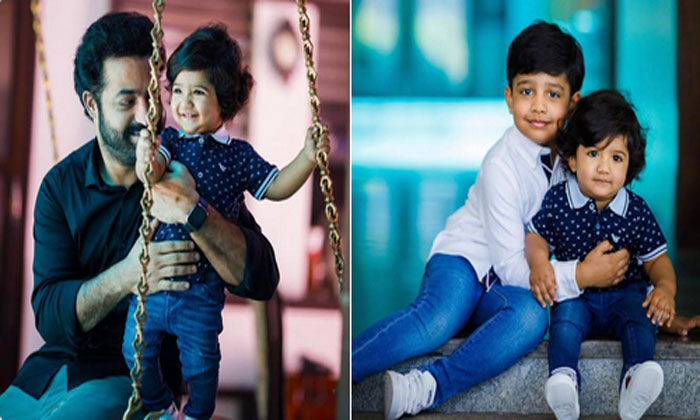 Last year, Jr NTR shared the newborn pic with family group and captioned it, “The little one is, #BhargavaRam #NamingCeremony #FamilyTime #Bratpack (sic)” On the professional front, Jr NTR is working with SS Rajamouli for RRR.  The film also stars Ram Charan, Alia Bhatt and Ajay Devgn and will say the day of light in July 30, 2020.

It is learnt that Jakanna for six months had planned for a high-end-action scene with over 2000 fighters to make it an epic scene. “The high-end action-filled segment will be filmed in a two-month-long single schedule. Both the leads will be seen fighting alongside 2,000 men in it. This will be one of the many highlights of the movie,” says a source.

Do you know how much the RRR team is shelling out for the action sequence? You will be astonished to know that a staggering of R 45 crore would be spent on this action sequence which will have Ram Charan and NTR on the battleground.

“It will be a huge set with all the splendour. Hundred foreigners are an integral part of the scene, as are both the actors and the crew,” said the source. The action sequence is said to be completed by next month.

Sanjay Leela Bhansali yet to submit Padmavati to the CBFC for...