Home English Latest Killing 71 On Board, Plane Crashes Near Moscow 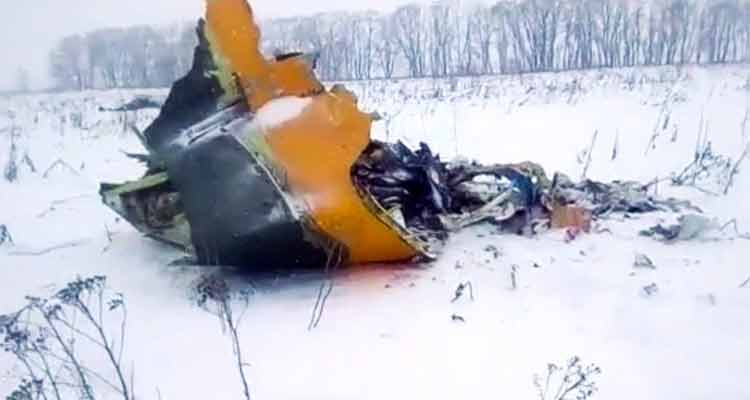 A Russian passenger plane with 71 passengers and crew on board crashed in Moscow region on Sunday, killing everyone on board, state news agency Tass reported.

Russia’s Emergencies Ministry confirmed the crash of the An-148 plane shortly after it took off from Moscow’s Domodedovo airport. “Fragments of the An-148 and several bodies have been found near the village of Stepanovskoye,” a Ministry spokesman told Tass. Radio contact with the Saratov Airlines plane was lost several minutes after the take-off, the Air Transport Agency (Rosaviatsiya) said.

“The Saratov Airlines plane (flight 730 from Moscow to Orsk) took off at 14.21 Moscow time. According to preliminary data, there were 65 passengers and six crew members aboard the plane. “Radio contact with the plane was lost several minutes after the take-off and the plane went out of the radars. In happened in Moscow region’s Ramensky district,” the agency said. Among possible causes of the crash may be weather conditions, pilot error or technical malfunction, according to Tass. (IANS)