Home English Latest Kriti Shetty signs a biggie- Charges a bomb
Facebook
Twitter
WhatsApp
Pinterest
Linkedin
Telegram
Kriti Shetty is the latest sensation that has created hysteria among the youth. Even before her first film, Uppena came out, she signed two films and charged big money. 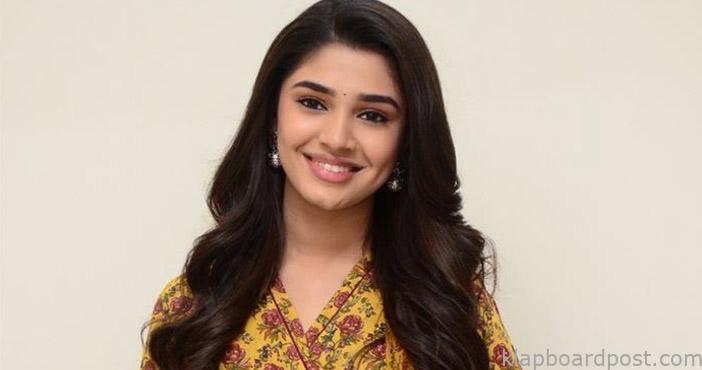 Now, she has taken things to another level as she has signed the Ram film that will be directed by Linguswamy. What’s more special is that she has been paid 50 crores as her fee for this film. Krithi Shetty has two films on the sets in the form of Shyam Singha Roy and Sudheer Babu’s untitled film. If this film is also a hit, she will go to the top league for sure and give competition for Pooja Hegde and Rashmika.
CLICK HERE!! For the aha Latest Updates