Superstar Mahesh Babu is on holiday detox mood. The actor is beaming with the success of his Maharshi which has now turned into a milestone film in his career. The film went on to join the elite club of Rs 200 crore, in fact, Maharshi outclassed Mahesh’s previous film, Bharat Ane Nenu. 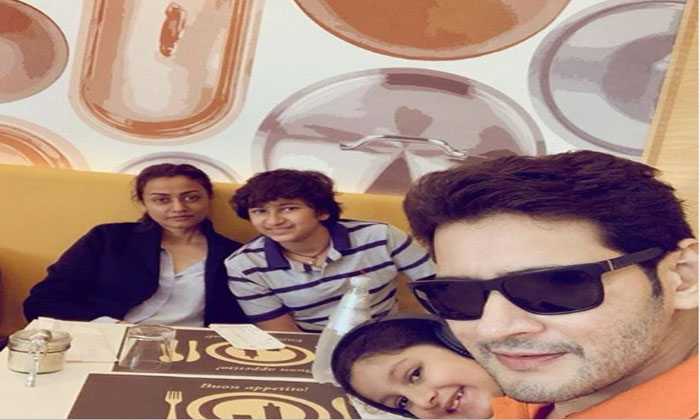 Mahesh is currently in London along with his family. The Srimanthudu actor shared the picture where they are seen enjoying a family meal. The caption goes,  ‘London bound.’ Meanwhile, Mahesh will be catching up  India Vs Australia match for ICC World Cup 2019 today, on June 9. Before heading for the match, the family is having some me time moments.

Mahesh upon returning from holidaying, the actor will join the Anil Ravipudi film. This is Mahesh’s 26tefilm and Rasmika Mandanna is the lead actress. The film recently had muhurat ceremony. Titled Sarileru Neekevvaru was launched on May 31. The title was unveiled on Mahesh Babu Twitter account which loosely translates into “nobody can match you”.