For infringement of the Official Secrets Act, while exploring a holocaust of Rohingya Muslims, a Myanmar court has sentenced two Reuters journalists — Wa Lone, and Kyaw Soe Oo, to seven years in prison. The duo was originally detained in December 2017 after they were occupied on an inquiry into the extermination of a number of Rohingya villagers in Myanmar’s Rakhine state.

The violence was part of a conflict which the UN has termed as an arrangement of ethnic cleansing. On the whole, ethnic cleansing is the methodical enforced exclusion of ethnic or cultural groups from a given terrain by a more influential ethnic group. In most cases, the intention is to make the territory an ethnically homogeneous one. In this development, the military actions forced more than seven lakh Rohingya (a minority Muslim group) to run away from Myanmar to Bangladesh.

As far as the Official Secrets Act is concerned, it is one of the most momentous acts of any country. The knowledge of what the act conveys is of vital standing not only to the judicial, media, and defense people but also to the general public.

Hitherto, as far as India is concerned, many such incarcerations had taken place wherein the Official Secrets Act 1923 was breached. For example, Patan Kumar Poddar, a JCO of Indian Army, was arrested on August 6, 2014, on the charges of espionage activities.

The Official Secrets Act 1923 is India’s anti-espionage act. It has been in force from British colonization. As stated by this act, any action which involves helping an enemy state against India is a national crime. Also, the captioned act states that one cannot approach, inspect, or even pass over a prohibited government site or area.

In line with this act, helping the enemy state can take any form varying from communicating a sketch, plan, a model of an official secret, or of official codes or passwords to the enemy. Concisely, the disclosure of any information that is likely to affect the sovereignty and integrity of India, the security of the State, or friendly relations with foreign States, are indictable.

A person prosecuted under this Act can be charged with the crime even if the action was unintentional and not intended to endanger the security of the state. Violation of the provisions mentioned in the act may lead to punishments under the Act ranging from 3 to 14 years imprisonment. The Act only empowers persons in positions of authority to handle official secrets, and others who handle it in prohibited areas or outside they are liable for punishment.

The Official Secrets Act 1923 clearly states that in any proceedings against a person for an offense under this Act, the fact that he has been in communication with, or attempted to communicate with a foreign agent, whether within or without India is relevant and enough to necessitate prosecution.

Also, according to this act, if required, even the journalists also have to help members of the police forces above the rank of the Sub-Inspector and members of the Armed forces with an investigation regarding an offense, up to and including revealing his sources of information.

When a company is seen as the offender under this Act, everyone involved with the management of the company including the board of directors can be liable for punishment. In the case of a newspaper, everyone including the editor, publisher, and the proprietor can be jailed for an offense.

Uninterested members of the public may be excluded from court proceedings if the prosecutions feel that any information which is going to be passed on during the proceedings is sensitive. This also includes media; accordingly, the journalists will not be allowed to cover that particular case. Under the Act, search warrants may be issued at any time if the magistrate feels that based on the evidence in front of them there is enough danger to the security of the state.

The Constitution of the Republic of India clearly guarantees many rights to the citizens of India with a clause that such rights should not affect the sovereignty and integrity of India, the security of the State, or friendly relations with foreign States.

More or less every nation has included aforesaid facts in their state’s Official Secrets Act. It is purely at the discretion of the courts, the sensibility of an issue is decided — the court is the final authority to decide if any information is sensitive as far as a nation’s security or allied issues are concerned.

In my opinion, regardless of the fact every provision has been made in the official secrets act 1923, there is a need for its revision as the act is almost 100 years old and need to be invigorated in accordance to the changing societies and the contemporary ways and means through which the vital information could be passed. Social networking is a very new media issue and should be taken utmost care for. The information passed through this medium may pose a heavy threat to the nation’s security. Considering the very fact, a revitalized act may be formulated after including this new medium of sharing information among the masses! 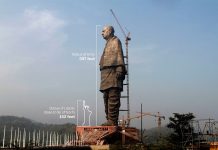 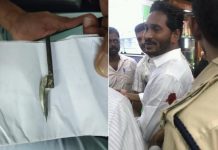 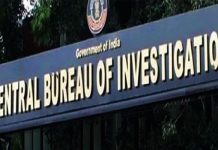 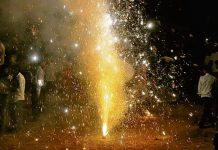