Nagarjuna and Nani’s DevaDas is releasing on September 27. And going by the trailer it has raised expectations with its banter between Deva and Das and comic timings. While all seems perfect a buzz is rife that Nagarjuna is upset with filmmaker Sriram Aditya. And the buzz gets more suspicious after Nag in the making video said, “Do not ask me anything about the director”. 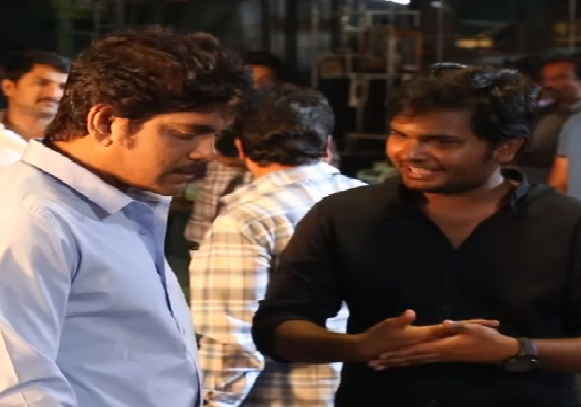 It is learnt that Nagarjuna is not happy with Sriram Aditya’s approach towards work terming him as unprofessionalism coupled with his sluggishness. It is said that King Nag has vowed not to work with Sriram Aditya again. Well, we just hope this turns out to be mere rumour and all is well between director and Nagarjuna.

It is worth mentioning that anchor Suma knowingly or unknowingly at the audio event mocked Natural Star Nani over Kaushal Army trolls. To our astonishment, Nani was left blank and amused and didn’t utter a word of speech. Take a look at the poster which shows what Suma said to Nani.