Natural Star Nani has earned a name himself in the tinsel town sobriquet Tollywood without having any Godfathers. He is considered as one of the fines actors we have in Telugu cinema as he has reached the top slot through sheer handwork and dedication. Nani then turned as host in the small screen for popular reality show Bigg Boss. Many thought Nani will be phenomenal as the host since has was a radio jockey in his hay days, But to everyone’s surprise Nani failed as bigg boss telugu 2 host. Many concluded that Bigg Boss season 1 host Jr Ntr was the best for his spontaneity and genuineness. 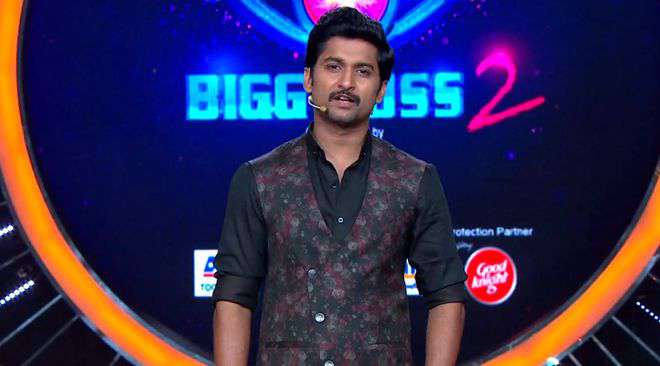 On the other side, to add woes to Nani, he is being dubbed as partial and most biased host fro the show Bigg Boss. Hashtags #DisasterBB2HostNani, #DisastrousHostNani #DisasterousHostNani #DisasterHostNani #insecureBBHostnani #NaniUnfitForBB2Host #NaniTargetsKaushal is all trending against Nani. The quetsion now arises is that will this dent Nani’s upcoming film DevaDas scheduled for release on September 27.

It all started after Nani trained guns at Kaushal for using derogatory language against Roll Rida and started schooling Kaushal. Kaushal agreed that he did a mistake but what angered fans is that why does Nani always targets Kaushal for a single mistake but over looks the mistakes of other housemates. Well, we also empathize with you folks.