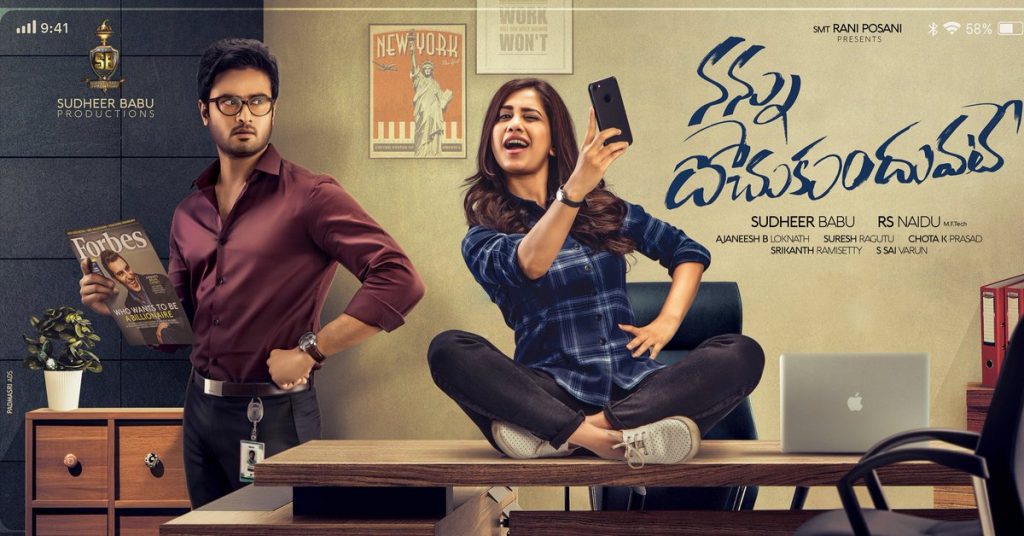 Cast: Sudheer Babu, Nabha Natesh, Nassar, Tulasi and many others 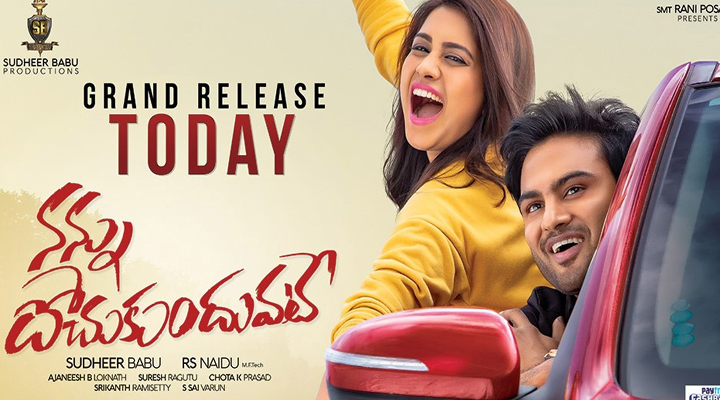 Sudheer Babu’s Nannu Dochukunduvate has hit the screen today. His last outing Sammohanam was a huge hit. Will the movie adds a success streak to Sudheer again? Let us check out in their quirky tale.

Nannu Dochukunduvate, a movie produced and featured in by Sudheer Babu, has hit theaters today. The movie is set to tickle our senses and trigger laughter even in the most unusual situations. Karthik is a serious and ambitious guy who takes his life and career pretty seriously. Everything goes according to his plan, until one day, he realizes God has other plans for him. His serious and planned life is disrupted by Meghana, a quirky and cheerful girl who takes life in a stride. What happens when both their worlds collide and what life has in store for them is the gist of the movie.

Karthik (Sudheer) and Meghna are a polar opposite of each other as the former has a more serious approach to life and the latter is an easy going and deals with life in a quirky and come what she is cheerful.  Karthik is an ambitious guy and chalks out plans to live the life of his choice who wants to go abraod and settle. But his life comes to a standstill after Meghna enters and everything comes to a topsy-turvy. What happens to Karthik’s journey and his ambitions. How cupid strikes between the two persons who are way extreme from one another forms the story.

Nannu Dochukunduvate director RS  Naidu deserves a pat for being all the elements under one roof without imbalance. The story makes you connect as it has the slice of life element from varied emotions to joy, a dash of tears to drama. The actors -Sudheer nailed his part and making us wonder where was he hidden all this while. On the other side,  Nabha Natesh appears a breezy element and other character artistes Posani and Tulasi helped the proceedings to move forward.

Sudheer will steal your hearts.