Ram Charan is in his best phase of career. After the stupendous blockbuster hit of Rangasthalam, Young Powerstar has two projects under his belt with Boyapati Srinu RC12 and then most talked about RRR project with Rajamouli and NTR Jr.

Would Love To Work With Priyanka Again: Ram Charan 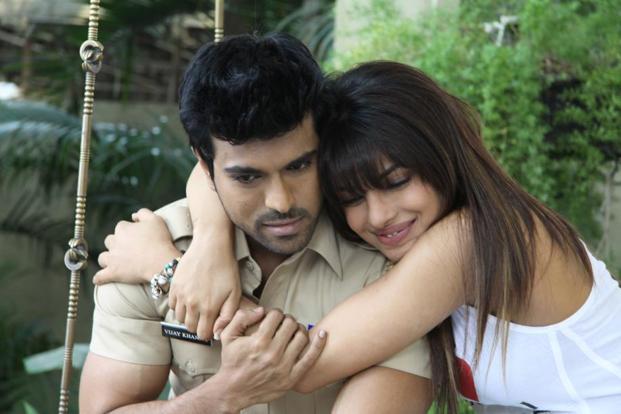 Ram Charan had also forayed into Bollywood with Hindi remake Zanjeer which had Priyanka Chopra. But the film stood as the biggest disaster of his career. In an interview, the actor opened up about his Bollywood debut film disaster but underlines that he is open to working in Hindi of good projects are offered. “Zanjeer was an honest attempt that [unfortunately] did not work. It did hurt [me] since it was my first Hindi film and there were expectations. But that does not mean I’ve shut doors to Bollywood. In the future, if something nice comes my way, I will definitely do it,” he said.

Cherry also spoke about his Hindi lead actress Priyanka stating that he would love to work with her again, considering that she is “through professional” and “hard worker”.