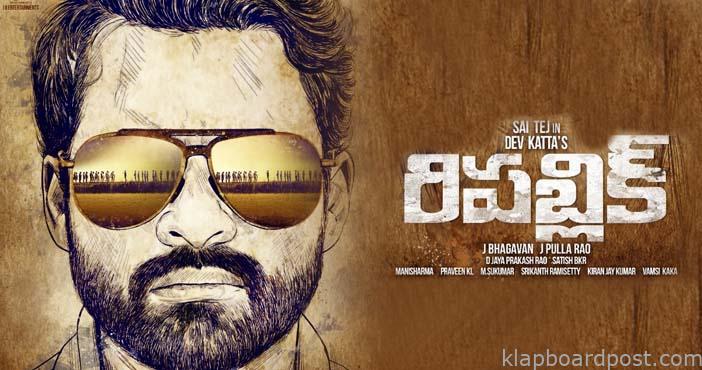 Deva Katta is one of the most overrated directors in Telugu cinema and there is no denying that fact. He gave only one hit in his career but whenever he is ready with a film, there is some hype created. The same is happening once again with his new film Republic that has Sai Dharam Tej in a lead role. The first look of this film is out today and it has impressed many with its unique theme and significance. The first look poster is a close-up shot of Sai Tej’s face. He is seen wearing shades and in the reflection, we see a mob. It carries a lengthy tagline i.e, ‘We are all living under the illusion there is governance, but we are yet to discover it.’ This has raised a lot of curiosity about the film.
CLICK HERE!! For the aha Latest Updates