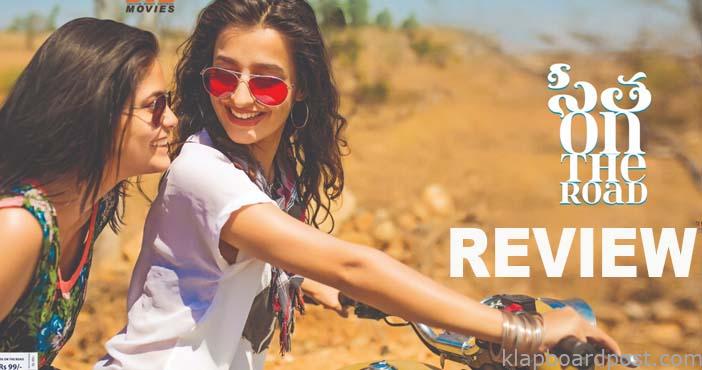 Ever since the lockdown has been lifted and theatres opened, so many Telugu films are coming out one after the other. Sita on the Road is a Telugu film that is out now on Zee Plex. Read our review to know if it is even worth watching or not.

The film is about the story of five women Anu (Kalpika Ganesh), Gayathri (Gayathri Gupta), Uma (Uma Lingaiah), Mohini (Khatera Hakimi), and Sarah (Nesa Farhadi), who are wronged by the people around them. Upset with this, they decide to go on a road trip and liberate themselves. How all this happens and will they find peace is the story.

The leading ladies, Kalpika Ganesh, Gayathri Gupta, Uma Lingaiah, Khatera Hakimi, and Nesa Farhedi try hard to get into the skin of their characters but fail big time. Only Kalpika Ganesh and Gayatri Gupta were good in their bold roles. The rest of the supporting cast has no idea what was going on in the film.

The film has a good idea of showcasing women as protagonists and has some good actors doing key roles. But the cheap making and the ameture direction hits you right away from the first scene itself. The camera work is so poor that the visual quality is horrible. It is like shooting a film with a mobile phone.

The narration is silly and it is difficult to connect with the characters or worse, even understand what is going on. Just for the sake of making things look bold, the makers have added smoking and boozing scenes so that the film looks cool. The film is marred with many bad instances and gets silly as you watch. In a nutshell, it is a good idea that is spoilt in a big way.