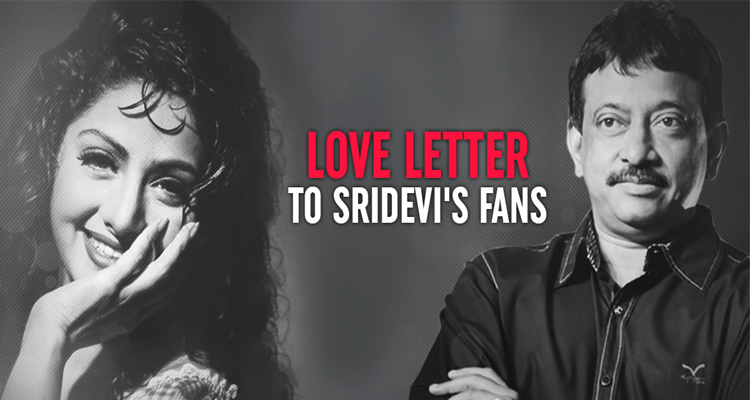 The news of the sudden demise of veteran actress Sridevi, has left the entire nation in a shock. The fans and the celebrities, who couldn’t believe the fact that their queen of beauty is no more and expressed their grief on the social media.

Director Ram Gopal Verma, who expressed his love for Sirdevi on many occasions saying that she is the most beautiful and desirable woman for him in this world.

The untimely death of Sridevi has opened up the emotional side of RGV, that he posted a series of tweets, saying “I hate God for killing Sridevi and I hate Sridevi for dying.”

In latest, RGV has written a Facebook post “MY LOVE LETTER TO SRIDEVI’S FANS”. In which he reviled many unheard secrets of the actress.

Have a look here:

In fact its seems to be the right time to know what exactly Sirdevi went through, because everyone agrees that she is one of a kind actress, who gave all her life for cinema from the age of 4 to till her last breath.

Sirdevi was 54, and her death remains mystery. But the Autopsy report says as “Accidental Drowning.” 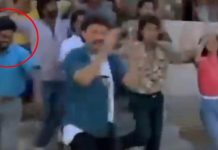