Salman Khan more-often-than-not keeps his personal space at bay on social media. That said, Dabangg star for the past few days is sharing his personal video from his workout session to having fun with nephews and all would leave you in splits for the hilarious caption it has. And now Bharat star shared a picture of himself performing the perfect split and captioned it, “In splits. Ha ha ha ha.” 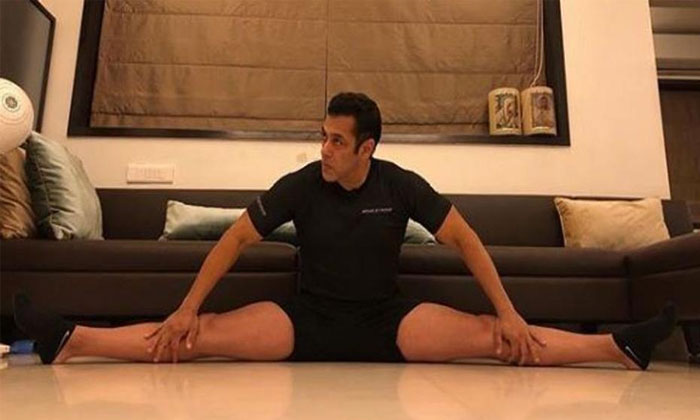 The picture has left netizens in awe for his agileness, even at the age of 53 Salman gives run for money to the young lad for the chilled body and fitness freak he is. On the work front, he will be seen next season of TV reality show Bigg Boss, Sanjay Leela Bhansali’s Inshallah and another instalment of his popular franchise Dabangg 3.