Controversial actress Sri Reddy who is known to give bold statements has for the first time is heaping praises. Sri Reddy is praising none other than Kaushal Manda, who is also the favourite of many out there. The actress said that she knows Kaushal personally, calling him a kind-hearted person who has helped many.  In a video chat with her fans, she opened about Kaushal when a fan asked her opinion about the Bigg Boss Telugu contestant. 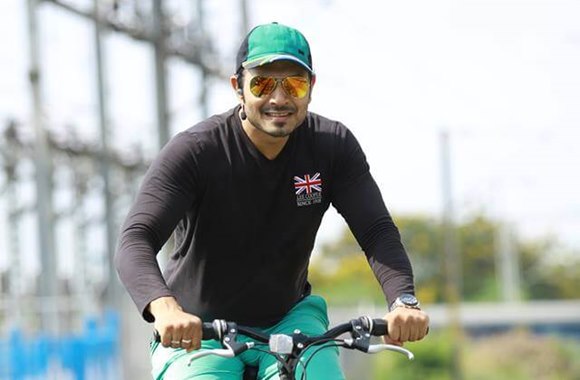 “I know Kaushal personally who used to model and act. He had helped many people. Kaushal is kind-hearted with a helping nature. Kaushal has become a most popular celebrity with his appearance on Bigg Boss rather than as an actor when he was seen playing cameos in Telugu films. Kaushal has all the qualities to become the winner of season-2. I wish he wins Bigg Boss Telugu 2. I support Kaushal army,” Sri Reddy said. Check the video what she said:

Sri Reddy came to light after she revealed intimate pictures of hers along with producer Suresh Babu Daggubati’s younger son Abhiram. “Suresh Babu’s son cheated me so badly. Studio belongs to the government and it is meant to help and support people. He took to the studio and physically exploited me,” she had said. Later, intensifying her protest, she went nude in public in front of MAA association.

Later, Sri Reddy trained guns at Kollywood and named AR Murugadoss of cheating her on the pretext of giving her role. She then went on to name Tamil actor Srikanth and Raghava Lawrence.