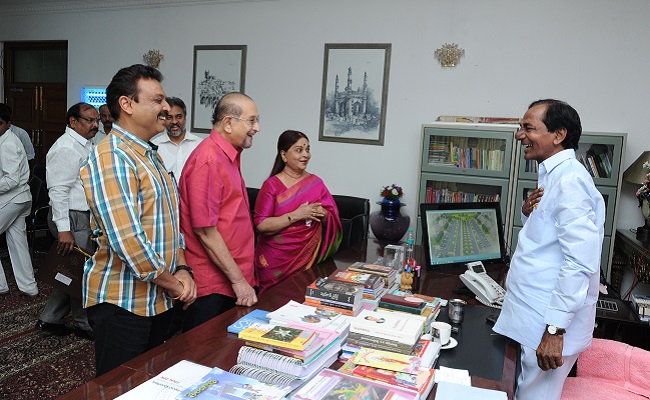 The TRS has waived pink colour again with a thumping resounding victory that has wiped out TRS’s rivals. While Tollywood is sending its congratulatory wishes to the TRS party fron Nani to Manchu Manoj to filmmaker Harish Shankar and now veteran actor Superstar Krishna has joined the wagon. Superstar Krishna congratulated Telangana caretaker K. Chandrasekhar Rao by sending a letter to him which reads in Telugu.

Thanks Telangana for keeping the faith in KCR Garu & giving us another opportunity to serve you 😊 pic.twitter.com/nSwnaLz8z2