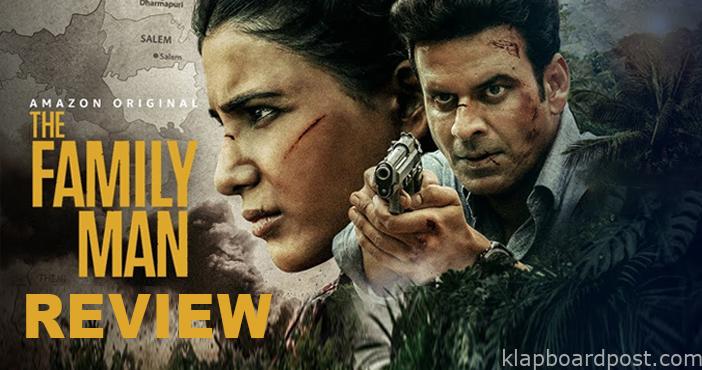 Samantha has made her Hindi debut with the show The Family Man 2 on Amazon. The series is out and read our review to see if this show has any juice or not.

Bhaskaran, the chief of LTTE is hiding in London and plans an attack on Sri Lankan PM who is in India for a visit. He chooses Raji(Samantha) and a few others for an aerial suicidal attack. In comes undercover agent Srikanth Tiwari(Manoj Bajpai) to save the country and spoil Raji’s plans. How does he do it is the basic storyline.

Samantha lives up to all the hype that is created about her role. She plays Raji with ease and is scary to the core with her weird looks and solid built. She does action, mouth solid dialogues, and is a treat to watch. Manoj Bajpai is also solid as Srikanth. This show gives him more as an actor and he does well. Priyamani is neat as the depressed wife. Sharib Hashmi is also awesome and his scenes with the Tamil actors were amazing.

The first season was such a big hit that there was so much expectation on this show. But the show lives up to the hype and all this happens only because of directors Raj and DK. They make sure that the show has so much thrill that it will keep you on the edge of the seat.

They nicely bring up the struggle of LTTE and how one mission changes things for Manoj Bajpai. There is enough drama in each episode and the solid visuals keep the audience at bay. The camerawork is to die for and action scenes are so realistic. The drama has been given a lot of importance this time.

The manner in which Manoj Bajpai and the team go after Samantha has been showcased so well. The show is filled with good performances and each logic is given a detail. The setting is so real as the film travels several countries and has an emotional angle also.

A police station escape fight of Samantha is to die for and can keep you thinking right after the show is done. In a nutshell, the series is filled with so much entertainment that it makes for a solid binge watch.