Baahubali director SS Rajamouli’s RRR is one the most anticipated flick in Tollywood right now. The filmmaker along with his team in a special press meet in Hyderabad unravelled the important details of the plot which were all kept under wraps till now. RRR is all set to hit screens on July 30, 2020. While Alia Bhatt will be romancing Ram Charan as Sita, Bollywood actor  Ajay Devgn is roped in to play a crucial role. However, he didn’t reveal what kind of a character Ajay would be essaying. 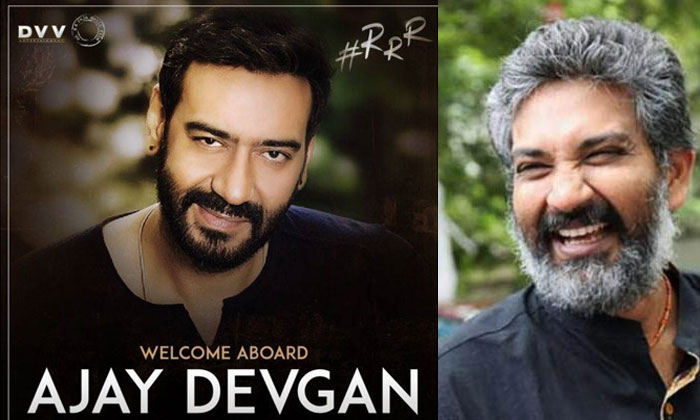 “Ajay Devgn has accepted to do a strong role in the film, he agreed to do it instantly and allocated his dates whenever we needed. He will be seen in flashback portions of the plot,” said Rajamouli. Meanwhile,  producer DVV Dhanayya said that the film is being made on a whopping budget of Rs 400 crores. If this blows up your mind, then hold your breath as you will be surprised to knot that RR budget surpasses than Baahubali, two parts combined.

Rajamouli goes on to add, “I don’t like anything small and everything will be on a huge scale. We are happy to have an amazing cast”. Set in pre-independence era, Cherry will be seen as Alluri Sitharama Raju, while Jr NTR would be playing the role of Komaram Bheem.

The makers also confirmed that the tentatively titled RRR is now the official movie title. Confirming the same, the team posted, “It’s CONFIRMED! The official title of @RRRmovie, same as the working title “RRR” for all the languages. 🤘🏻🙌🏻#RRR #RRRPressMeet @ssrajamouli @tarak9999 #RamCharan @aliaa08 @ajaydevgn @thondankani @dvvmovies @RRRMovie”. The RRR movie is all for release on July 30, 2020.