An affidavit filed by a senior Telangana official in High Court in the case relating to the ongoing strike by TSRTC employees has kicked up a row with the Congress party on Sunday demanding evidence to prove the allegation of conspiracy to destablise the government or dismiss the official.

Taking serious note of the affidavit filed by Telangana State Road Transport Corporation (TSRTC) in-charge Managing Director Sunil Sharma, state Congress chief Uttam Kumar Reddy appealed to Chief Justice to take cognizance of the affidavit, saying it is baseless and full of lies. Sunil Sharma, who is Principal Secretary (transport), claimed that RTC union leaders appear to have acted with the connivance of opposition parties with oblique motive to destabilize the government. The official made the allegation while urging the court to declare the strike illegal. 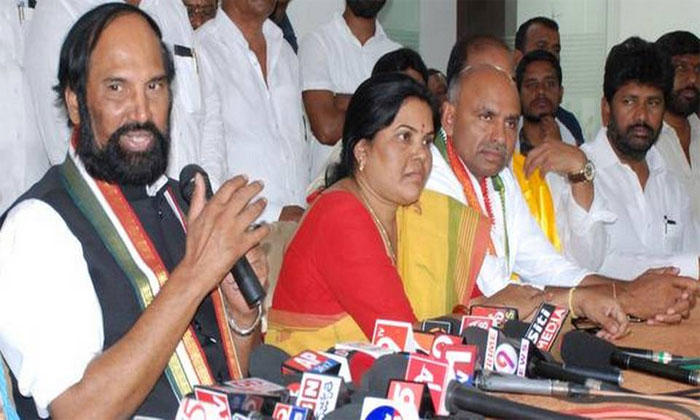 Reddy said the officials should reveal at whose instance the affidavit was filed. “This is an extraordinary situation. It is a serious matter. The chief justice should take cognizance of this and order an inquiry by an independent agency,” he said. The opposition leader said if the government had any evidence of a conspiracy to destablise the government, it should take action. “Arrest us if you have any evidence or dismiss the official from service,” he told Telangana Rashtra Samithi (TRS) government. The state Congress chief said he will lodge a complaint with the Department of Personnel and Training of the Government of India against Sunil Sharma.

Reddy, who is also a Member of Parliament, said the party would also raise the issue in the Parliament during winter session beginning Monday. He said despite the death of 24 striking employees, Chief Minister K. Chandrashekhar Rao has not given up his egoistic attitude. The indefinite strike by over 48,000 employees of RTC entered 44th day on Sunday. Though the employee” Joint Action Committee (JAC) has temporarily dropped the main demand of TSRTC”s merger with the government, the latter has given no indication of any imminent talks to break the impasse. Sunil Sharma said in his affidavit that the employees may again raise the merger demand in future. High Court will resume hearing on the petitions relating to the case on Monday. At the previous hearing, the division bench headed by Chief Justice R. S. Chauhan refused to declare the strike illegal and at the same time also declined to issue orders to the government to hold talks with the employees.

Indian Movies Are About Hips And Bo*bs: Priyanka