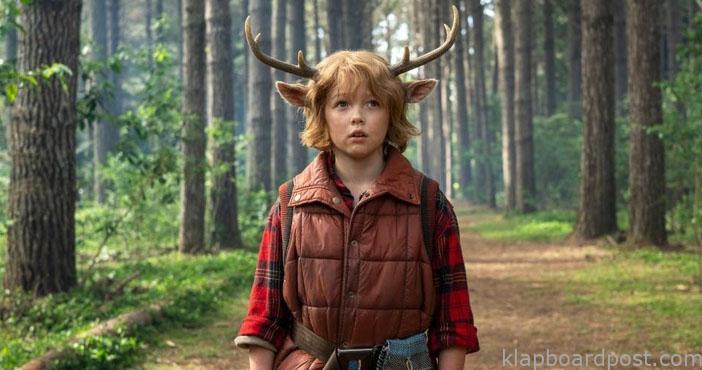 Sweet Tooth on Netflix is a beautiful and complicated imagining of a world where life’s rules changed overnight and humanity lost their game. It begins with narration that explains what happened: An incurable and untreatable viral pandemic wiped out most of the human population and, at the same time, all human pregnancies suddenly resulted in the births of human-animal hybrid children. The question of which came first, the virus or the hybrids, is one of the central questions of the show, but whatever the answer is, humanity got it wrong. They vilified hybrids and exterminated their own animal children, damning the surviving population to live as humanity’s final generation.

Well, not everyone got it wrong. The titular character Gus (Christian Convery), aka “Sweet Tooth,” is a deer-boy hybrid whose father fled with him to live alone in a fenced-in wood isolated from the growing apocalypse. Gus grows up knowing only what his father Pubba can teach him and the show’s narrative begins when he is 10 years old and finally able to question the rules that dictate his own survival — hiding if he sees a human and never, ever crossing the fence.

Gus’s upbringing makes him an ideal fairy tale protagonist. Like so many secret princes and captive princesses, his isolation makes him clever and resourceful, but profoundly naive and ignorant of humanity. When confronted with the tragedy of his father’s death, Gus behaves and keeps the rules until they break themselves, forcing him on a journey across the former United States to reestablish some stability with his other parent, the mother he never knew.

With Gus on his journey is Tommy “Big Man” Jepperd (Nonso Anozie), a former NFL player turned wandering hybrid hunter who curiously saved Gus’ life and now can’t shake the little guy no matter how hard he tries. Jeppard and Gus are an adorable entry into the resurgent “violent freelancers accidentally becoming dads” trope (see: The Witcher and The Mandalorian) and their developing relationship over the first season’s eight episodes is Sweet Tooth’s greatest strength. Anozie and Convery have astounding chemistry, backed by Convery’s endearing performance of Gus’ naivete and Anozie’s incredibly expressive face.

After NTR, it’s KCR for RGV