All eyes are on ace filmmaker Rajamouli’s RRR. Akin to Baahubali, even this film is being made on a huge canvas having Bollywood stars on board. The big-ticket film with a mammoth budget will have a multi-lingual release. 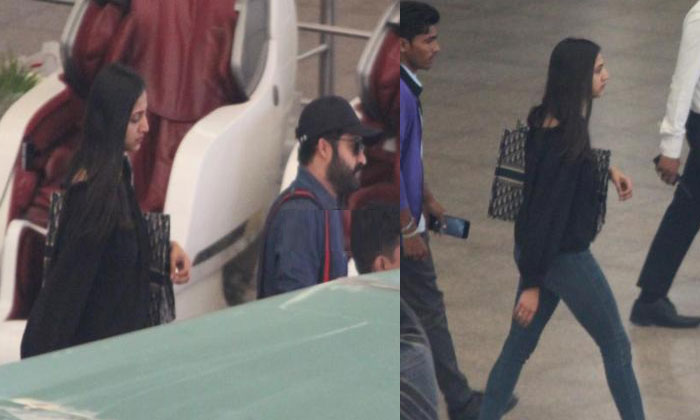 The RRR makers wene recently in Bulgaria for the shoot. And Jr NTR along with his wife Pranithi was papped at the Hyderabad airport from his return from the shoot at  Bulgaria. The duo clad in casuals looked as cool as the breeze.

Speaking about roping in Bollywood actors, Rajamouli “When I sent Ajay a text that I would like to meet and pitch an idea, he immediately made time to meet. He got really excited after hearing the idea and instantly worked out his dates for this project. Ajay will be seen playing a very important role in the flashback episode.”

Dhanush To Dance To Prabhudeva Steps