Ali Abbas Zafar’s Bharat starring Salman Khan, Katrina Kaif and Disha Patani is one of the eagerly awaited films this year. The trailer and the first song – Slow Motion has already created enough buzz piquing audience curiosity. And now the latest picture of Salman-Disha on classic Triumph Bonneville is doing the rounds. 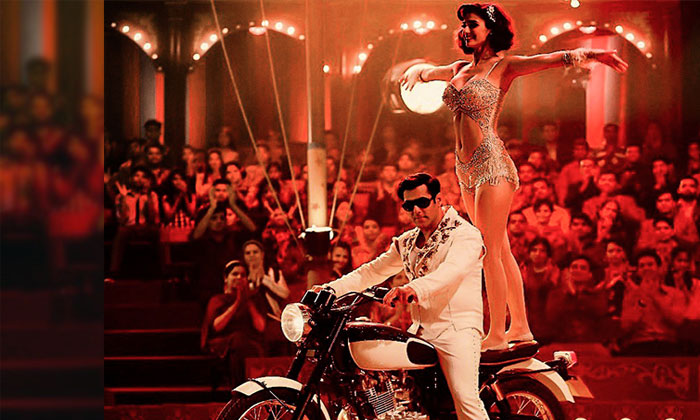 Salman plays a stuntman in the movie where he works for a circus troupe where he performs dangerous stunts. Previously, Disha when asked about overshadowing by Katrina’s presence, she had said, , if Katrina’s presence left her insecure or fear being overshadowed, Disha says, “I was too excited for the role. Did not get time to mull over screen time”. She elaborates, “Bharat is a different story altogether. It is about this man and his journey. So, I did not see a scope for all these things happening. For me, it doesn’t even matter if my part is very small. I always believe in doing something which leaves a mark.”

Explaining how Disha is happy for having worked with great stars, she says, “I always see what am I doing in the film, that’s the most important thing. In fact, I am only happy to have worked with such a great ensemble cast. Who doesn’t want to work with such great actors? Salman Sir, Katrina Ma’am, or Tabu Ma’am, Sunil Grover, a lot of learning is involved,” she emphasized.