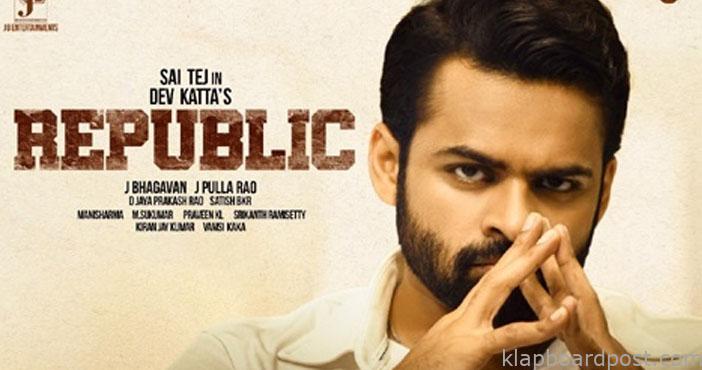 Sai Dharam Tej is doing a film called Republic that is being directed by Deva Katta. The film is done with its shoot and will be out soon later this year. The film is a serious drama and Sai Tej will be seen as a collector in the film. There was news that the film will be out on Zee 5 and will not be out in the theatres. This news spread thick and fast and now, the makers have confirmed that all the reports are false and their film will only be out on the big screen. Republic is based on a lake area and Tej being a collector is after the conservation of it. What kind of problems does he face in his duty will be the basic crux of the film. Ramya Krishna also plays a key role in the film.