Stunning diva Disha Patani for the first time ever has teamed up with Salman Khan in Bharat. Ali Abbas Zafar’s directorial is over a week for the release. Disha who plays a trapeze artist has shared sizzling chemistry alongside Salman. The duo has in fact set the screen on fire with their hot and seductive moves, which was seen in Slow Moton song. 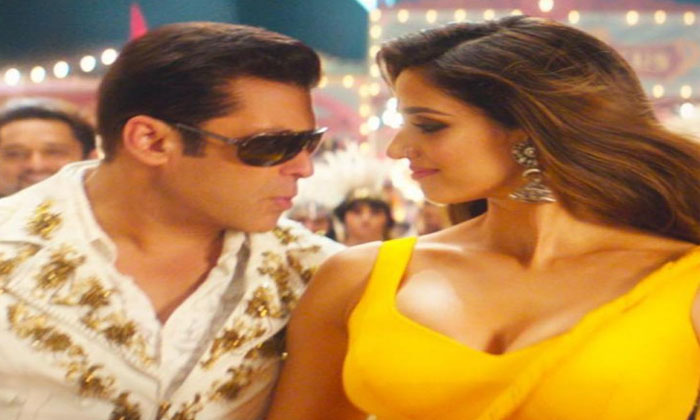 While the pairing has received appreciation, Disha has now confessed a startling revelation stating that she might not reunite with Dabangg Khan in the near future. Disha says, “Ali sir called me with a role which is more of a special appearance. I heard him out and since the character is that of a trapeze artiste alongside Salman sir, I came on board. Honestly, I don’t know if I will ever get to work with Salman sir again. Even Ali sir told me this while narrating the script”.

Citing the reason behind her thought, Disha says,  “Obviously because of the age difference between us. In Bharat, it is acceptable because that portion shows Salman sir in his 20s and 30s so, it was an immediate “yes”. He is a wonderful human being and very hard-working. I got to learn a lot from him. That aside, Bharat is special because I had never done a film set in a different era.”

Having said that Disha considers fortunate that people are liking her chemistry alongside Salman. “I am glad that people like to see us together. The chemistry between us is great, I never expected something like this. I got lucky with the song and want to thank the choreographer and Ali sir for the way it’s been shot,” says Disha.