SS Rajamouli’s son Kartikeya with his fiance Pooja attended the pre-release event of Aravinda Sametha. While, celebrities like Dil Raju, BVSN Prasad, Ramajogi Sastry among others attended the event it was the young couple who stole the show. The newly engaged couple’s pictures are doing the rounds on social media.  Kartikeya’s cousin Kala Bhairava rendered his vocal for a song, while Pooja’s uncle Jagapathi Babu plays the villain role. 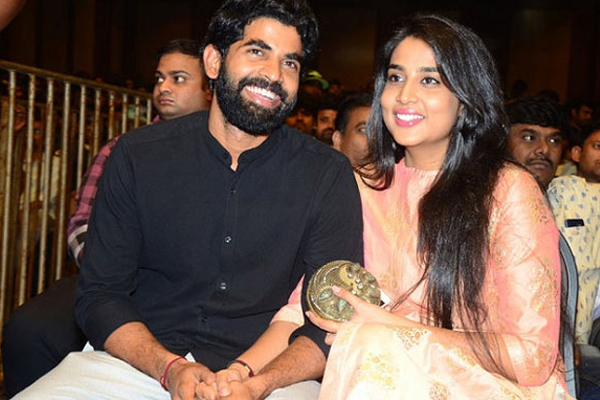 Pooja is the daughter of businessman Veeramachaneni Ram Prasad, who runs Walden retain chain. Not many know that Pooja is a Carnatic singer and has released her albums in the past. It is worth mentioning that, the high profile engagement was a low-key affair till the last minute as both the families wanted to stay away from the media limelight.