Maharshi grand release awaits only a few more days. However, with few more days to go, the Maharshi team is left in anxious for this reason as it is releasing in deficit. Yes, you read it right. The total expenditure incurred on Maharshi has exceeded then the actual budget which they had anticipated. 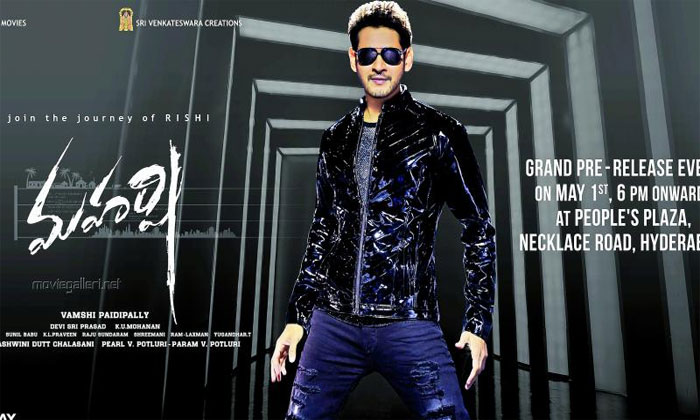 The makers have spent nearly Rs 130 crore but they have only raked up Rs 110 crore with its pre-release business. With film release in deficit, the makers are worried about getting back the investment. Considering Mahesh Bau’s popularity and the hype Maharshi has generated, the makers are likely to enter into the profit zone. However, it’s too early to say as we have seen in the recent past how big the actors may be but if the script is weak they all have faded out.

Recently, Hollywood director-actor Bill Duke has expressed his desire to collaborate with Mahesh Babu on a spy thriller. Sharing to Twitter Duke asked Mahesh Babu, and directors Vamsi Paidipally and  AR Murugadossto to drop in Los Angeles over lunch to discuss the project. His tweet reads, “@directorvamshi @urstrulyMahesh When you come to #LosAngeles, Stop by #DTLA for Lunch to discuss collaborating on International #SpyMovie.” (sic). Interestingly, Mahesh Babu fans are into a tizzy over the news and not to come to terms with it. One of the tweeples questioned Duke if is for real of a fake account., To which he responded, “An account that has been verified by Twitter, is not a fake account!!! Team Bill Duke”.