The craze surrounding veteran actor Mohan Babu’s Fasak refuses to die down. And now, Malla Reddy Engineering college has about it in its question paper. Yes, you read it right. A picture of the exam question paper with this question has now gone viral. The question it asks is which celebrity used the word the first time and has four answers – Mohan Babu, Chiranjeevi, Narendra Modi and Sanpoornesh Babu. 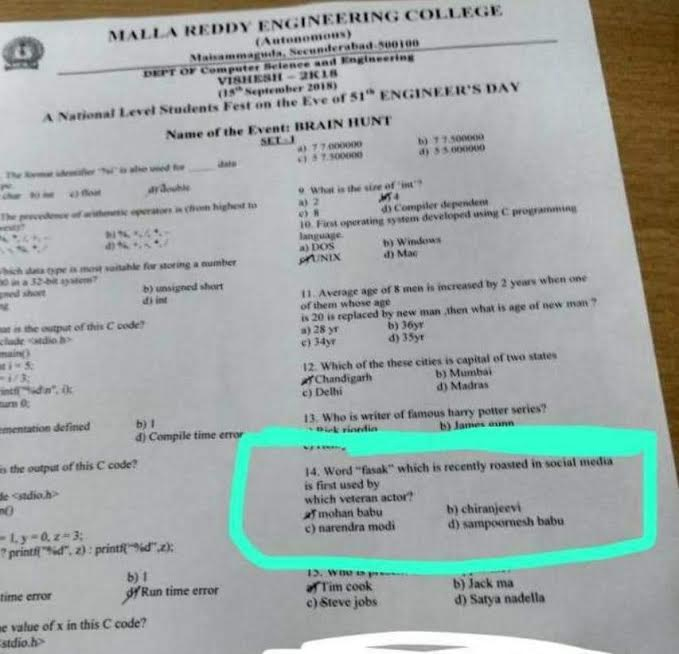 Earlier, we carried a story stating that the word has been used by veteran actor Mohan Babu in an interview to a national channel which means doing a thing in one attempt.  In the interview, Mohan Babu used the word to explain one of his film scenes, where someone has to kill his wife. Elaborating the murder scene, Mohan Babu said that a person shouldn’t be killed repeatedly but should die in one spot terming it as “fasak”.

Since then tweeple have been using the word in their version with coming up with funny memes and spoofs. The news has even reached to Mohan Babu, who expressed happiness for the trend and took to social media with a post. He wrote, “#fasak Good to know it’s trending! @iVishnuManchu tells me there are minimum 200 spoof videos! Saw some, really innovative and funny!”