Arjun Reddy Hindi remake Kabir Singh teaser is out and every frame Shahid Kapoor has carried out the same intensity what the original had. Announcing the teaser release, Shahid posted, “I’m not a rebel without a cause. This is ME!”. From anger management issues to the cuss word, the teaser takes us into the world of Kabir who melds his broken heart by taking shelter into the world of alcohol and nicotine. We only get to see Kaira Advani who essays Preethi’ role in one frame. Having said that we are sure to see her more in the trailer. 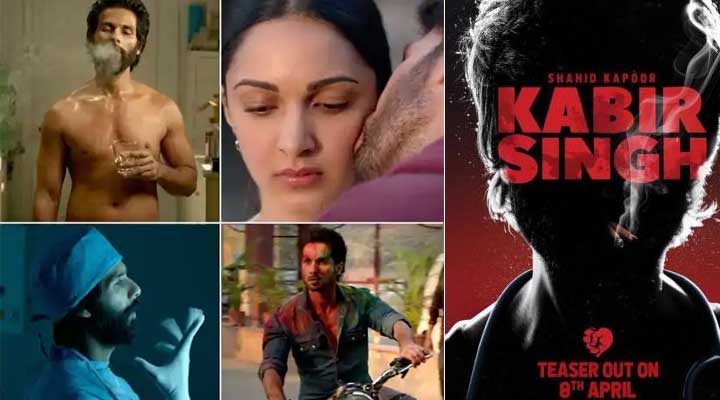 The teaser has been received and praised for Shahid’s acting but many are complled to comare it with the original, espcilaly Vijay Deverakonda who won praises for his acting powess. The teaser has left netiznes divied in twos ection as one are thorughly impressed with SHahid, the others bemeliev that no one can justify Vijay’s acting. Check out their reactions:

The BGM is the same. The scenes are same. Even the director is same. Everything is same. Even Shahid's expressions are identical to Arjun Reddy hero. What are people praising about? #KabirSingh

Shahid kapoor has been in the industry for last 16 years. So u don't need to tell him how to act OK. The only problem with shahid kapoor is that he is underrated.#ShahidKapoor #KabirSingh

Shahid was Good without a doubt, But it's clear now no one can play the role that Vijay Deverakonda has pulled out in Arjun Reddy. 🔥♥️#KabirSingh pic.twitter.com/tFsiSOyxSS

Me After watching teaser of #KabirSingh

So rampage and Powerful BGM of Indian cinema

All the best Shahid for #Kabirsingh
I hope it does wonders for everyone♥️ https://t.co/4CopO845hz

Mahesh-Parasuram movie to be based on banks?