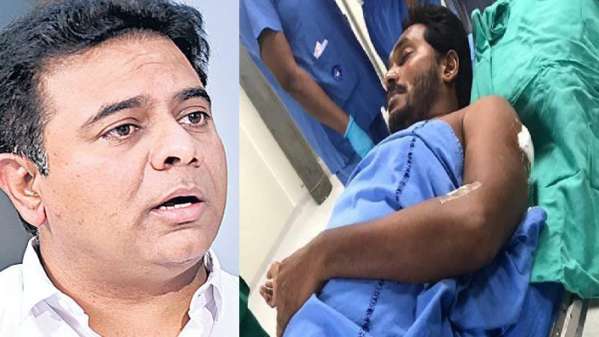 “We are a nation built on the values of non violence , even when we disagree. The attack on @ysjagan is despicable & cowardly. I strongly condemn it & oppose any culture of violence in politics. As a system we need to strengthen our security measures to ensure that such lowly acts are never successful in destroying our country’s ethos,” posted Kavitha.  Meanwhile, Pawan Kalyan issued a lengthy statement condemning the attack whihc reds, ” “Everybody who believes in democracy should condemn it (the attack),” it said.”

Severely condemn the knife attack on @Ysjagan at Vizag airport. A proper inquiry should be done immediately. Wish him good health & long life. There is no place for such acts of violence in a democracy.

The attack on @ysjagan is despicable & cowardly. I strongly condemn it & oppose any culture of violence in politics. I wish him a quick recovery.

The attack happened in the afternoon at  Visakhapatnam airport when YS Jagan was seated in VIP lounge where the accused Janipalli Srinivasa Rao, working as  a waiter in Fusion Foods at the airport, came near YSCRP chief and on the pretext of selfie attacked him with a rooster knife whihc was hidden beside the bottle he was carrying.

Also Read: YS Jagan On Attack: Cowardice Acts Will Not Dissuade Me