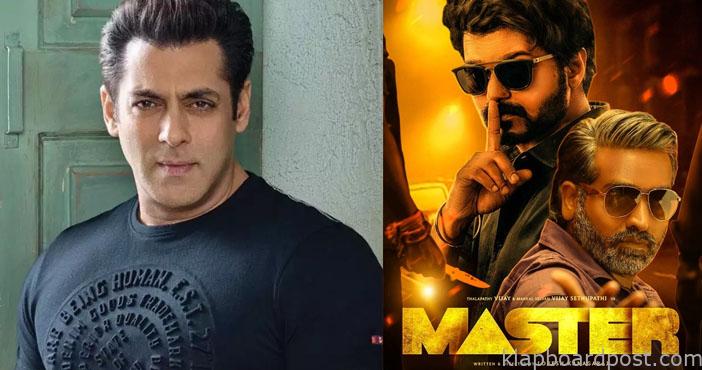 Not knowing what to do next, Salman is said to have won the rights to remake Vijay’s ‘Master’ in its Hindi adaptation. The Bollywood actor will reprise the role of superstar Vijay in the Hindi remake. The film released in January this year with Vijay and Vijay Sethupathi in the leads. The film will be produced by Endemol Shine India and Murad Khetani, in association with Seven Screen Studios. Meanwhile, in July, the actor will announce another project – an action thriller in association with a leading studio. With this Salman Khan will headline six big projects. As for his current lot, Salman Khan will be seen in ‘Antim – The Final Truth’, ‘Tiger 3’, ‘Kabhi Eid Kabhi Diwali’ and ‘Kick 2’.