Director and producer Tammareddy Bharadwaja has revels unknowns facts about Megastar Chiranjeevi. Tammareddy spoke on the sidelines of the audio event of his film  Pyar Prema Kadhal, which was released by Chiru. Speaking on the occasion, Tammareddy thanked Chiru for gracing the occasion and then went on to talk about his greatness. 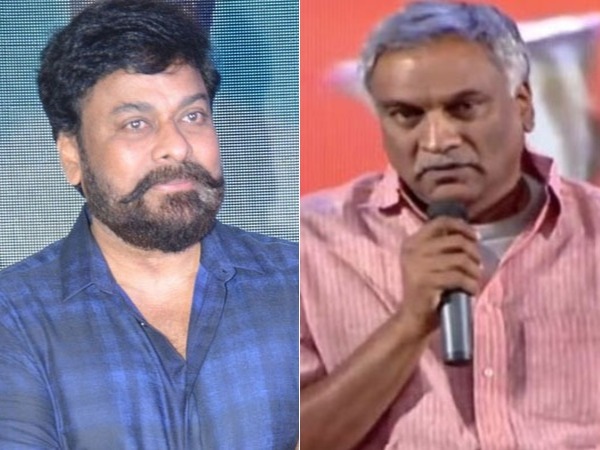 Tammareddy said that he didn’t pay remuneration for Chiranjeevi for two films and the latter never questioned him till date. “I made Mogudu Kavali with Chiranjeevi 40 years back. I asked Chiranjeevi to act in my film. He accepted the film without asking story or who’s going to direct. I didn’t even give remuneration to him. That is our relationship. Later when I directed a film called ‘Aalajadi’. Chiranjeevi gave success party on his own,” said Tammareddy.

On the professional front, Chiranjeevi is filming for Sye Raa, made on a budget of a whopping Rs 400 crore. The film is helmed by Surender Reddy and has a huge star-cast with the likes of Vijay Sethupathi, Nayanthara including Amitabh Bachchan. Ram Charan is producing the film under his production company Konidela Productions. Sye Raa Narasimha Reddy teaser released on Chiru’s birthday has received an unprecedented response with over 12 million views on YouTube, making it the most watched Telugu teaser. Meanwhile, Dubai film critic Umair Sandhu after witnessing the teaser said that #Sye Raa has the potential to break the record of Baahuali, which no other Telugu film did. “#Syeraa Teaser Reports are Terrific ! #RamCharan go gaga over Final Cut Teaser! Fans will love new Avatar of #Chiranjeevi ! #SyeraaTeaser,” the critic posted.