Popular violinist Balabhaskar, aged 40,  has passed away this morning (October 2) after a week-long battle in the hospital. The musician dies in the early hours at 1 am due to cardiac arrest. The news has spread shockwaves to the music industry and many are unable to come to terms with. 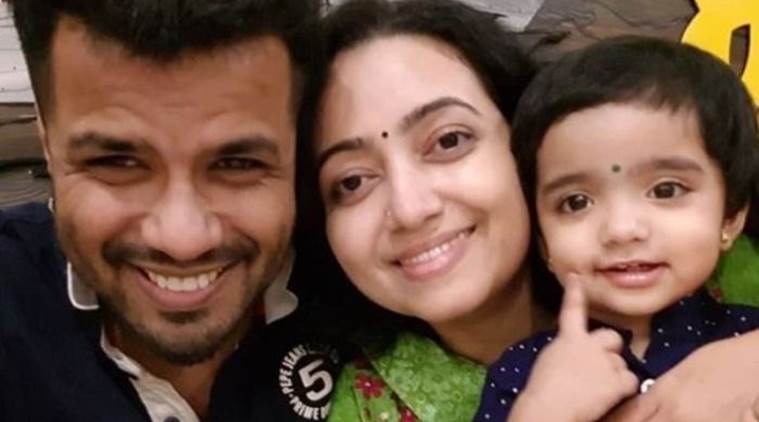 The couple met with an accident on their return from Thrissur after a temple visit. It is learnt that due to driver dereliction the car went berserk and rammed into a tree. The At the time of the incident, Balabhaskar was sitting next to the driver’s seat along with his daughter Tejaswini Bala, while his wife was sitting in the back seat. Their two-year-old daughter Tejaswini Bala died in the accident, While Balabhaskar’s wife and the driver are still recovering in the hospital.

Balabhaskar was a child prodigy, who scored music for Malayalam film at the age of 17. Later, he went on to score music for many films and is known for his concerts in and outside Kerala.

Very sad. Very unfair! Just not able to come to terms with it. Our dearest #Balabhaskar has left us … deeply saddened.. a very sad day for music … our prayers are with the family 🙏🏻🙏🏻🙏🏻

Sad to hear very talented nd inspiring violin artist @iambalabhaskar has passd on.he wil alwys be in our hearts.Hopfully he is wth his dearest daughter, prayers are wth his wife,wishin strength to accept the departure of these two souls. #Balabhaskar pic.twitter.com/iWEWcuETwg

…omg 😱 Life is so unpredictable .the violin mastreo Balabhaskar is now a memory..😢😢a big loss to music. " A father will never let his daughter be lonely "Balu chetta u will b always remembered through ur innocent smile and wonderful creations 😢😢Rest in peace #balabhaskar pic.twitter.com/Kc7FOIpPrw

Thank you for the advices you gave me Balu etta.. It’s really really hard to believe the news.. It was an honour knowing u, performing with u.. You were a genius.. your performances will always be remembered.. and ur smile will stay in people’s hearts..
RIP #Balabhaskar 😢 pic.twitter.com/TxfOrHwCW3

I won't dwell on the accident.
What I will try to do is show you why he was regarded so highly by his peers, fans and followers.https://t.co/oIHdW7iNP9

#Balabhaskar sir – Your smile & the music from your violin & heart will forever be with us. You are gonna live in our hearts. No one can ever be like you in professional as well as personal life!! A beautiful soul like u is a grt inspiration & will luv u forever❤️🎻🎻🎻🎻 pic.twitter.com/lCqX5Iumu2

Renowned music director/violinist n my deeear friend #BalaBhaskar succumbs to his injuries..he lost his 2yr old daughter in d fatal accident last week n wife is still on ventilator..#BB , (as I fondly call him) U will be deearly missed my friend..