Chiranjeevi Sye Raa Narasimha Reddy is having a great run at the box-office. The team recently had a celebration meet held by T Subbirami Reddy. Even after the success meet, the actors are making sure to promote even now. 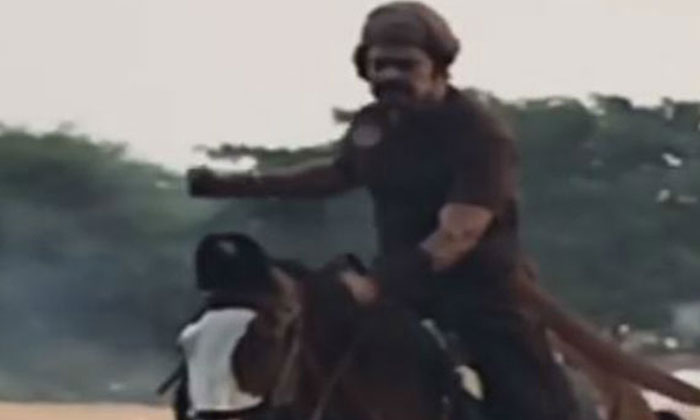 Brahmaji who earlier revealed how he went bald for his look in Sye Raa, has no shared the BTS video from the sets. The video shared on Instagram shows Brahamji riding horse. Well, the BTS and many other glimpses revealed the effort Sye Raa team had put in to bring the ambitious project on suc a big canvass. Meanwhile, post this, Chiru will be working with Koratala Siva, The film will be yet again produced by Ram Charan. ON the other side, Charan is busy with Rajamouli’s RRR. The fictional period drama ahs Bollywood actors like Ajay Devgn and Alia Bhatt.