Sandeep Raj, who shot to fame with his short films on social media, made his directorial debut with the film ‘Colour Photo.’ Suhas, who acted in the films like Dear Comrade, Majili, Agent Sai Srinivasa Atreya, and others, turned the film’s solo hero. Telugu girl Chandini Chowdary played the leading lady. ‘Kobbari Matta’ fame Sai Rajesh penned the story and produced the movie. The film was supposed to hit the screens, but Aha picked it up for a direct digital release amidst the Corona Crisis. 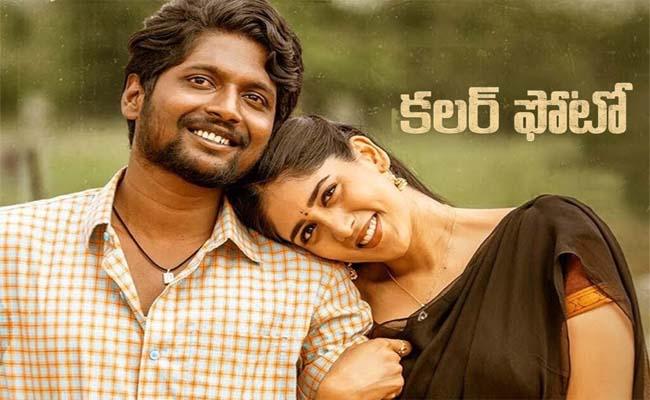 Plot:
Set in the backdrop of Machilipatnam in the ’90s, the film follows the life of Deepthi (Chandini Chowdary) and her love story with Jaya Krishna (Suhas). During their graduation, Jaya Krishna and Deepthi fall in love, but Deepthi’s brother Rama Raju (Sunil) becomes an obstacle. What happens then? Forms the film’s plot.

Actors & Performances:
Suhas played the lead in short films, but this is the first time he played the solo hero in a feature film. Earlier, he acted as a hero’s friend and other small roles in notable movies. However, he played the character of Jayakrishna well. He often reminds us of Nani from Bheemili Kabaddi Jattu, but he leaves his mark with his dialogue delivery. Jayakrishna is a simple, hard-working, and humble college-going student, and Suhas breathed life into the character. Chandini Chowdary’s character involved different variations. She had to present herself like a college-going girl from a small town and a well-settled NRI wife residing in Los Angeles. Colour Photo is the only film where she exhibited her true potential. Although she was impressive with the film Manu, this movie brought the best out of her. She is simple, lively, and lovable. Sunil played a negative role in the movie, and he must have accepted the role with an intent to come up with something that he has never done before. This is a full-fledged negative role for Sunil, and unfortunately, he failed to leave his mark. Sunil’s look suited him well and tried hard to present himself as an angry person in most scenes. His performance looked artificial in many scenes. Viva Harsha is good and evoked some laughs. 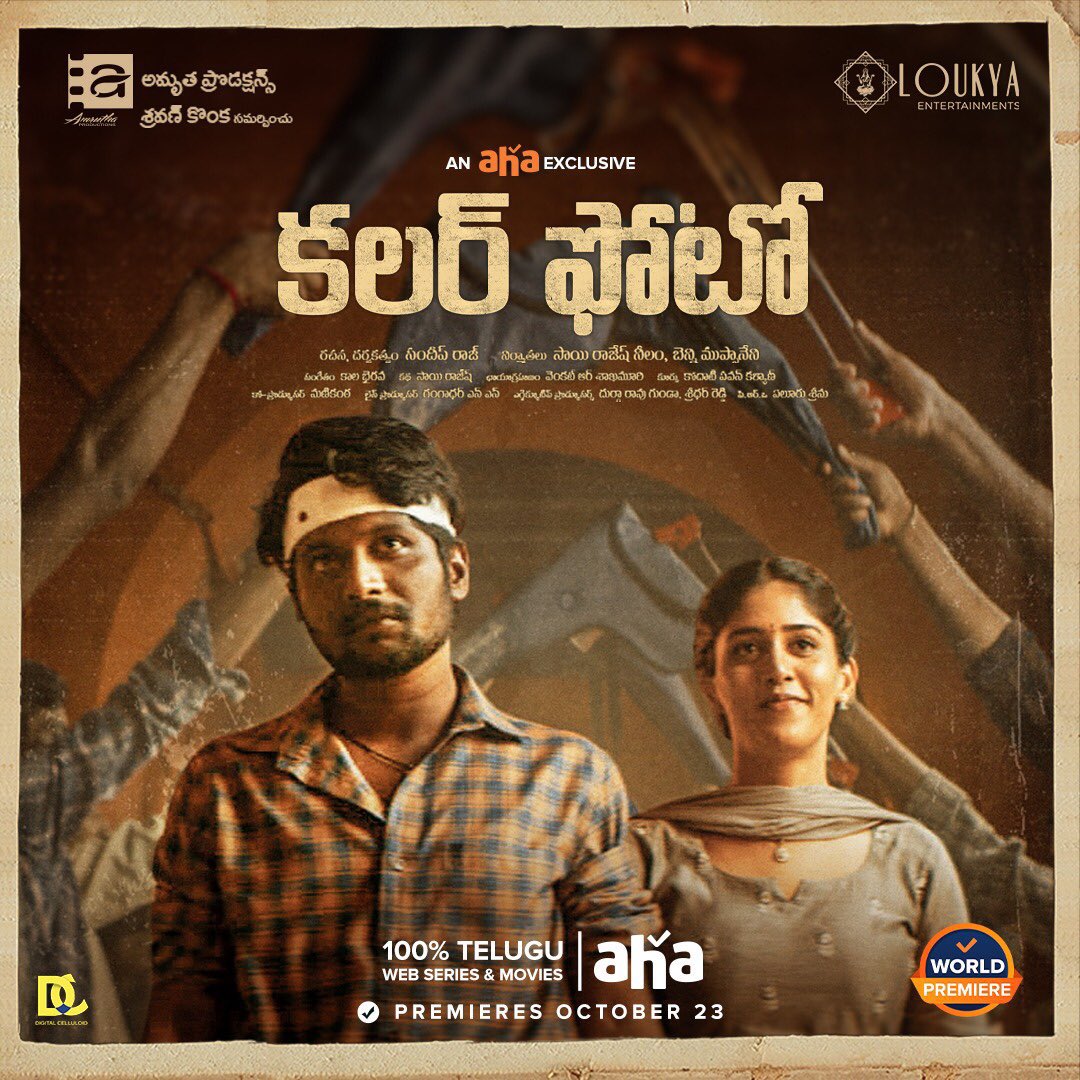 In Telugu cinema, any love story ends either on a successful note or a tragic note. Conflict can be anything in love stories, but the final result will surely be a success or a failure. We have seen love stories with class/religion/caste/ and many other factors as a conflict. In Colour Photo, the ‘color’ becomes the conflict. The film talks about people’s obsession with color in the ’90s, but it was dealt with in a boring manner.

The film started very slow, and the director took his time to introduce his characters and the conflict in the story. Instead, he could have started things differently to take the audience into his film straightaway. With a story like this, the audiences have come across multiple times; it is easy to predict things. The debut director Sandeep Raj took a road that everyone traveled to execute the story. The audiences have many expectations of the new-age filmmakers, and he could have done something different to woo the audiences with a story that does not have any twists or turns. 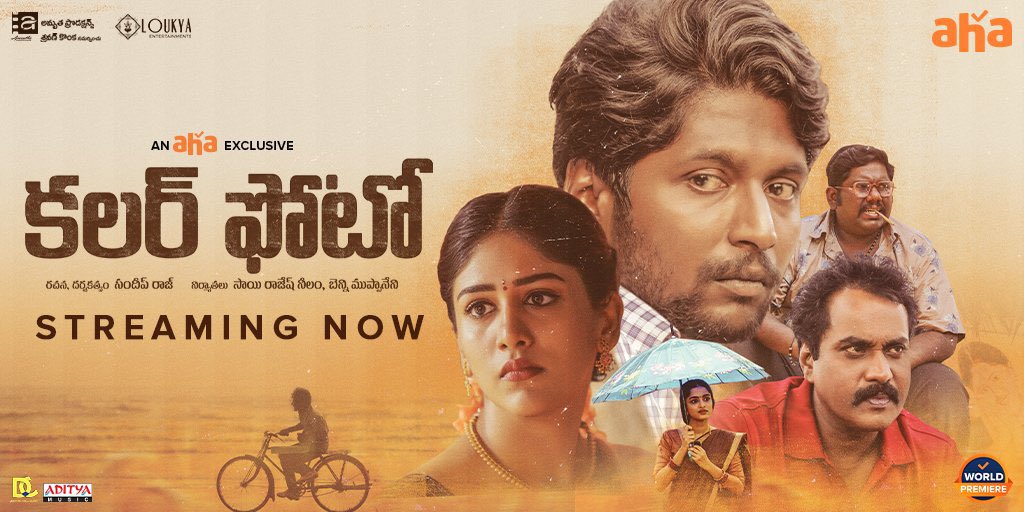 Colour Photo discusses the obsession of people with color and how it destroyed lives. We are living in the times where there is no full stop for ‘honor killings.’ Colour Photo tries to become the voice of those struggling to make their love win. But, the message is not audible. Sandeep Raj, whose strength is writing, worked on another person’s story for Colour Photo. The film starts at one point, but it goes directionless when it comes to an end. The comic track by ‘Viva’ Harsha is OK.

Kala Bhairava’s music is a valuable addition to the project. ‘Taragathi Gadhi’ song and the score of the same gave a pleasant feel to the audiences. The film’s camera work is excellent, and the production design is impressive. The film unit took good care of keeping the film true to the backdrop they picked.

On the final note, Colour Photo stands out for the efforts put by Youtubers in making big into mainstream Telugu cinema, but the film falls short of the expectations.