One gritty, but largely unknown woman must have gone through a range of inexplicable emotions and joy. After all, years of her hard work and burning of midnight oil were paying rich dividends. YS Jagan Mohan Reddy’s unstoppable Juggernaut was rolling crushing opposition in its trail-blazing movement. YSRCP notched up a never-before victory that was huge in magnitude, humbling in its success. 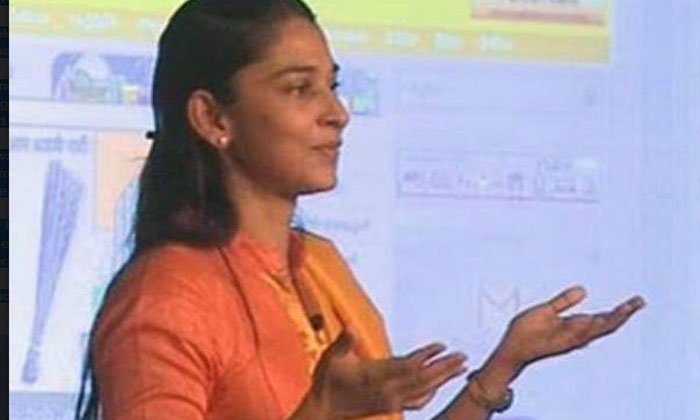 Jagan’s historic and game-changing padayatra, toil by countless workers and unstinted support by the vast multitude of people have all ensured this stupendous victory. Fighting the insidious anti-Jagan diatribe digitally is the digital media of YSRCP Official. It battled the malicious propaganda unleashed by the many tentacle propaganda machineries of the TDP, which included print, electronic and digital forms. It matched word for word. It fought misinformation with information, fallacies with facts, innuendo with tongue-in-cheek rebuttals and malcontents with nothing but the truth.

Leading the digital war was a woman. She is Divya Reddy, the digital media head of the YSRCP Official. Never in the limelight, but always in the shadows, she marshalled resources, mobilised digital platforms with her daily meetings, reviews and other efforts. She created an incredible battery of digital volunteers who gathered every bit of information from across the state and monitored online content from the rivals 24×7. Deeply and actively involved in ideation, strategising, execution and feedback assessment, she fought Jagan’s online battles. She was the link between the party and the social media.

The last six months saw her working incessantly coordinating the party’s digital fight. Thanks to her efforts the YSRCP digital media was a formidable force that exposed the TDP propaganda and misinformation and at the same time, informing the people about the truth. Her efforts reinforced the determination of YSRCP workers, sympathisers and supporters. At the same time, they turned the neutral and non-committed voters into YSRCP voters.

When the history of the iconic victory is compiled, the silent yet strong, away-from- arc lights yet all-pervading work of Divya Reddy would be written in letters of Gold.

The significance of Bathukamma Festival

Prabhas to play a villainous role?