For a 20s something youngster who is just testing waters in the Telugu film industry, Ankith Koyya is a fairly level-headed, confident man. Hailing from a humble, middle-class background, he’s very aware of the challenges and uncertainties that his profession presents and appears ready for the long haul. Always a boy who loved the stage, it’s not surprising that the tall and handsome man is camera friendly. These qualities helped him land an ad and a short film after which the film industry opened the gateways for his entry through brief but meaty roles in films like Ala, Majili and Aswathama. His next is Johaar, a political drama that will stream on Aha starting this August 14. He’s excited about the prospects that the digital medium would open up for him, in a chat with Klapboardpost.com. 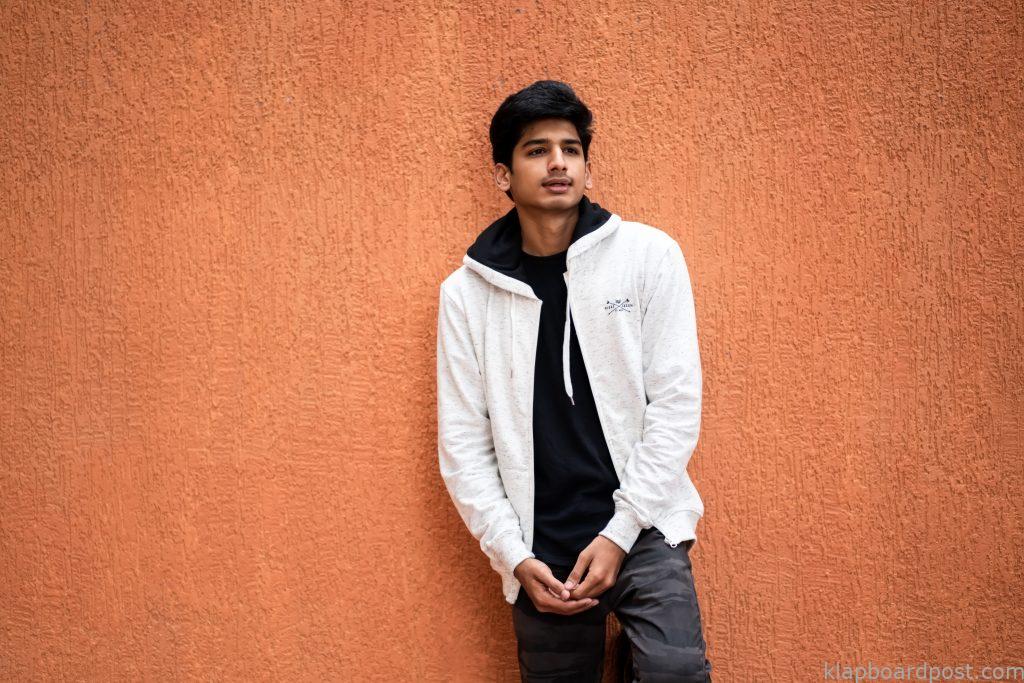 Both my parents are government teachers and I was brought up in an academically inclined family. ‘Academics untene life ani undedi anevaaru’ (They said only academics could secure my future). However, that idea didn’t appeal to me much and I was interested in everything but academics. I used to play tiny roles in dramas as a child and I nursed a dream to become a cricketer; acting wasn’t on the cards at all. I was always a flamboyant boy, never had stage fright and spoke without fear. Even if I was tensed about anything, I never used to let that anxiety reach my face. When I take the mic and speak something, I never let the world recognise my fears.

There was a great high when I watched films in theatres, probably that’s how I was intrigued by cinema. During my engineering at GITAM University, I joined a dramatics club and was doing street plays intermittently. The applause I got pushed me into acting. The greatest blessing in the world is the ability to move a human by the work you create – be it when you write a song or act in front of a camera. Art is powerful enough to trigger a reaction and that’s what makes it so beautiful.

After being in the college club for a few years, I came to a position where I had to teach about and drama to my juniors. I had a long way to go myself, felt inadequate and came out of the club; seeking higher positions in college clubs only stunt your growth. I wanted to try my luck in short films then, during which a casting director from Bengaluru, Praveena Subbalakshmi had pinged me on social media to ask if I would be interested to do an ad for OLX alongside Allu Arjun. This was exactly the avenue I was chasing and I jumped at it. It was my first brush with the camera and the first time I got to be on a set. It came at the right time and I will always remain thankful to Praveena (garu).

An entry into films

People started taking me seriously once I did an ad with Allu Arjun. It’s as if they didn’t notice me before (laughs). I got an opportunity to act in a short film then, titled Yedhane Vadili Vellipomake, for which I even got a supporting actor award from SIIMA. I landed an opportunity to act in an independent film called Ala directed by Sarat Palanki. Ala gave me a clear picture of how the industry works, Sarat (sir) turned out to be my mentor and opened a lot of perspectives in helping me make a career in films and withstand storms. It took a couple of years for the film to release on a streaming platform, by which my acting ambitions became concrete. Ala didn’t reach many people and may not have shaped up the way we wanted it to but it’s a chapter and a stepping stone in my life I can never forget.

Several films happened later; I got to play Naga Chaitanya’s friend in Majili and the younger version of the antagonist’s role in Aswathama. Majili happened only because of Shiva Nirvana; he was very clear that it was a brief role but wanted to open a door for me in the industry. My cricketing influences helped me in the film and I was always the one to be bowling to Naga Chaitanya. I had to bowl in such a way it hits the middle of his bat and he could aim for a shot facing the camera. I played a lot of cricket with the Majili team at the Kokapet cricket grounds. People recognised that I play well. I am glad I did Majili; everybody from the film is still close to me and believe in my potential. I am very sure that the association will go a long way one day. Vizag has been an integral element of my journey all along, both as a person and the films I got to do. 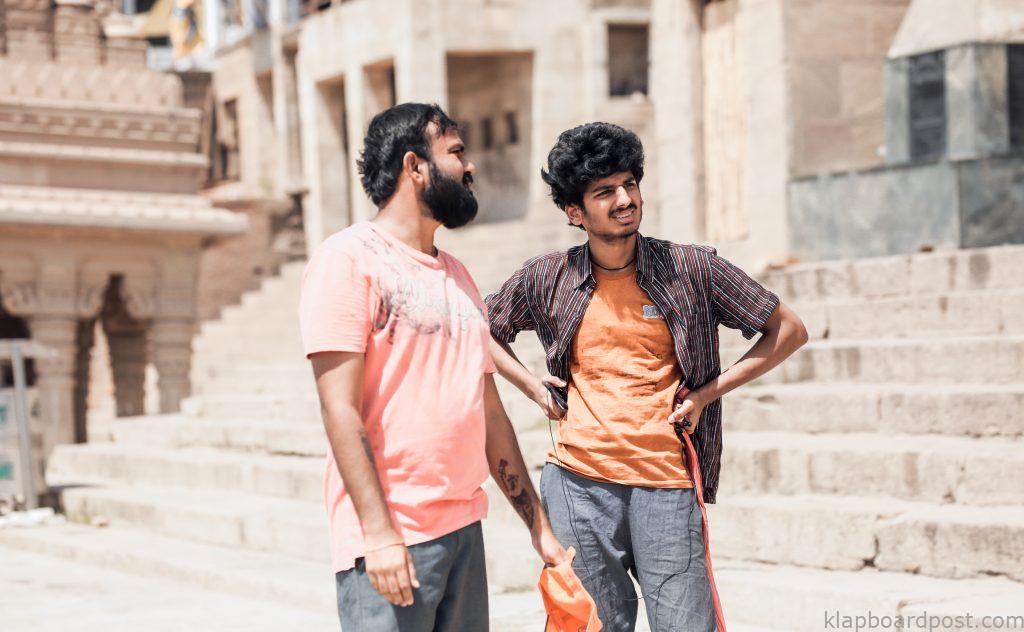 With Johaar, the director Teja Marni’s cousin happened to be my college mate. Though I didn’t know her personally, she apparently watched a few of my plays and recommended my name to Teja. I went onto work with him as an assistant writer for a film that never went onto sets. He felt it was best to take charge of his own career and directed, produced Johaar with the help of his father. I feel fortunate that Johaar is getting a release in this situation; Aha is pulling out all stops to promote the film and ensure its reach to a wide audience. We may not have earned so much attention had we settled for a theatrical release.

Teja has been more like a friend/brother to me. With Johaar, my only hope/worry was about Teja getting back the money he had invested in the film. The bond I had shared with Teja was more of an advantage where I could tell him certain aspects that needed improvisation or what could work better with the story. I had the freedom to convey my opinion. Funnily enough, when you work with a friend, you can’t talk about remuneration, especially when you know he’s gone through a lot for the film. 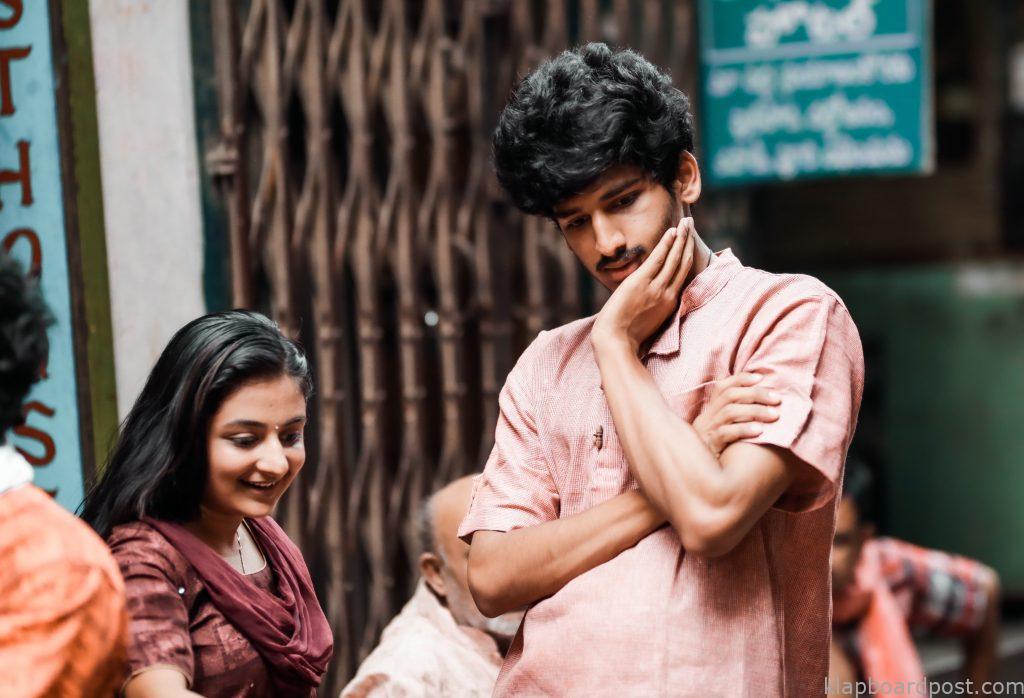 For my role as a chaiwallah in Johaar, I had to look like a roadside person who is happy go lucky, content with his life sans any worry. After I went to Varanasi, I observed the UP slang of the chaiwallahs, their Hindi and tried to incorporate it in my lines. Teja always wanted me to be cheerful when I was on screen. He wanted me to be a burst of enthusiasm whenever I met my love interest in the film and told me that it should reflect in my eyes. I imagined the girl I liked and even listened to a few love songs on the set to get that vibe, songs like Emito and Em Mantramo from Andala Rakshasi came in handy.

The spiritual vibe of Varanasi

I am a very spiritual person and do a lot of Isha Yoga. My mom and the elders in the family keep telling me, ‘Andaru anukunna ventane Varanasi velliporu’ (You need to be fortunate to visit Varanasi and can’t plan it).

I was thinking about Varanasi a few months before Johaar came to me and I’m glad I could go there. The moment I stepped out of the room and walked towards the banks of Ganga, a beautiful silence hit me and tears were rolling down my eyes. A few days into the shoot though, Varanasi was nothing short of hell, as we shot amid 47 degrees.

The news about Johaar’s OTT release, his take on the digital medium

I was happy to hear about the OTT release because Teja finally found a way to get his money back. As an actor, my job is done after I give my shots and finish my role. I am aware that every film will help me find newer horizons, but even if it doesn’t, I’m ready to start from ground zero and make progress by giving auditions – that’s how the industry works. Theatrical experience can never be matched because it’s a zone where you’re cut off from all worldly disturbances and distractions. Film-watching experiences vary on OTT because you’re never fully engaged with what you’re seeing and you’re one moment away from pausing it for some reason.

A film that makes for a great audio-visual experience on the big screen may just be an okayish watch on OTT. I may not regularly binge-watch stuff on OTT, but make sure I don’t miss out on anything based on cricket. All said and done, I still feel immensely fortunate that Johaar is getting a release now. I am neither nervous nor tensed about the release; I am happy that I’ll have a concrete role (in Johaar) to talk about in my auditions henceforth and be assured that most of them would have watched it.

Handling the pressures of the profession 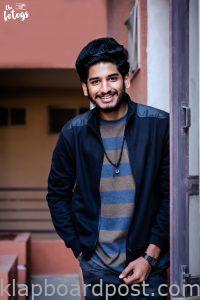 It’s not tough to find a job and make a living because our entire education system and even the country functions that way. If you want to do something unconventional, there will be many obstacles coming your way and you need to cope up with it. This reminds me of the words of my Ala director Sarat, ‘Elanti gaalocchina ninchunnavaade chivariki nilabadathadu. You may or may not do anything great but just be there to withstand all the storms’. Many people will fall for the obstacles and leave halfway but the one who seeks to have longevity in this profession needs to find ways to sustain themselves.

When I go for an audition, I try to give my 100%, make the people in the room respond to my performance and come back. A lot of factors go into casting decisions and we may never get to know them. I have never let pressure consume me. Before going into the set of my film, be it Johaar or my upcoming project Ooriki Utharana (where I play a negative role), I may be slightly anxious. However, once I enter the set and do my part, I am at ease and complete my takes on time.

The pressure for actors to look good

I strongly believe that an actor needs to be judged based on his/her acting abilities than appearance. Everything these days has become materialistic and market-driven, be it the followers you have or the number of photoshoots you go through and the different looks you need to maintain. I don’t call them unnecessary because that’s how the audience thinks. As an actor, I always want to present myself well but it has never overtaken the fact that I need to act well too. Some friends still chide for being very casual in the way I dress and joke that no one would believe I had been part of films. It was a relief to be wearing simple clothes, dress modestly for Johaar.

The scenario back home

My parents are happy with the progress I’m making with my career. They may have issues with the length of my roles in films, but it’s natural that they feel it as parents. My dad knows the reality of the industry and the difficulty of making a mark in films without a godfather. He’s glad about the way the industry is responding to my work. In times like this lockdown when there’s no activity, he may occasionally say things like ‘chaduko, job tecchuko’ but whenever I have a release, he’s gleaming with pride and shares my work with a lot of friends. He was particularly happy that I got to do a good film like Johaar, he had only watched it a few days ago.

(Johaar streams on Aha this August 14)

Allari Naresh falls in a dilemma