Kaira Advani is the lead actress of Arjun Reddy Hindi remake – Kabir Singh. The actress had previously confessed that she is a huge fan of Vijay Deverakonda and now her picture with real Arjun Reddy is viral. Kaira shared the pictures on her Twitter with the caption, “This ones for you @imvangasandeep When Preeti Met Arjun 😎 Hey Rowdy! @TheDeverakonda”. 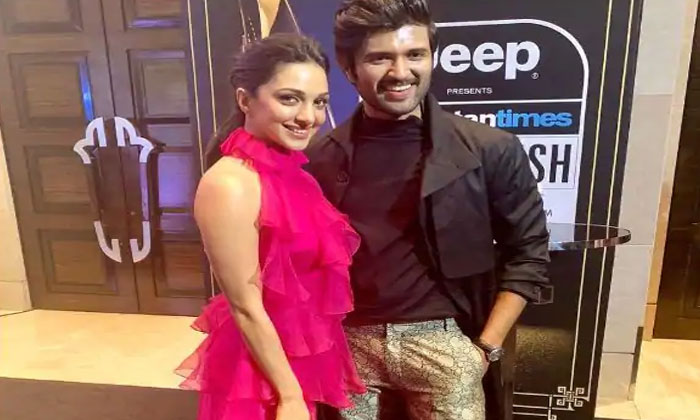 It all happened at the HT India’s Most Stylish 2019 where Kaira bumped into Vijay as she made her way to the event. The fans of repetitive stars are gaga cathing Kaira and Vijay in one farme. In fact, a user commented, “finally she met the real Arjun Reddy!. “You guys look so hot!” wrote another.

Previously, talking about the film, Kaira said, “They brought the characters alive on screen. We have to meet the high expectations set by them. I’m sure the South media and audience would have a lot of fun comparing our work to the original Arjun Reddy. We’ve just started the shoot of Kabir Singh and it’s going well so far. We began with the emotionally heavy climax sequence, in fact.”

Kabir Singh is helmed by Sandeep Reddy Vanag, who directed the original. Apart from Kaira, Shahid Kapoor has stepped into Vijay’s shoes.