Kaushal Manda, model-turned-actor, rose to fame with Bigg Boss Telugu 2. The artiste is now making news yet again but this time his ardent fans who Kaushal Army has accused Kaushal of fraud of the established Kaushal Army Foundation. Imam, Seshu, Santosh, Hari and Vikram are the prominent names who participated in a TV debate and made the allegations against Kaushal of spending all the money for his personal use. However, Kaushal has slammed the charges stating he doesn’t want to talk to fools. 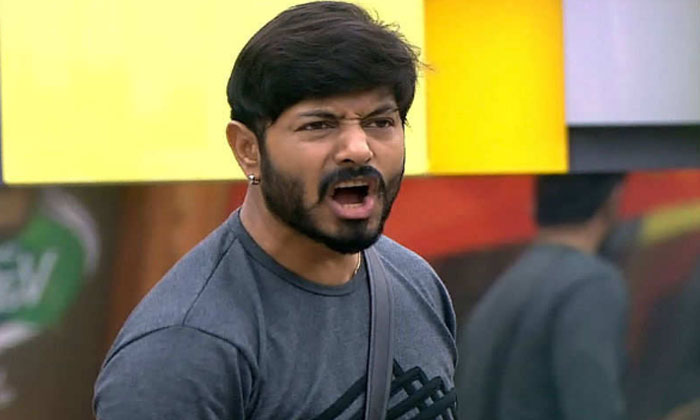 “The foundation was started in October. But the problems have started over the past two months or so. The foundation had received a lot of money from fans and so we asked for an account of the money and where it is being spent. Kaushal kept dodging that and postponing it, always assuring us that he will give us the numbers soon. So many people have given so much money, so we have a right to know. If not every month, at least once in six months, he should disclose,” says Hari.

“He doesn’t have any answers when we demand transparency. While around 15 to 20 people have spoken up publicly, hundreds have the same sentiment. We were very active, we rallied so many people in support. In fact, I have done a lot of social work under the foundation’s name. I even decided to shoot a film with Kaushal. He wanted to shoot a song in November and I gave him Rs 5 lakh. I kept asking him about it because he didn’t release it. For the past one and a half months, they have been saying that it is in post-production. When I continued questioning him, he turned all his fans against me and they started abusing me,” Hari alleges.

Meanwhile, Kaushal issued a statement on Facebook, which reads, “I understand that you people are upset with what has been happening since the past couple of days. The allegations passed are senseless and I don’t even have to prove them to be wrong. I haven’t got all the time for bulls**t and if I keep answering to every judgement passed, the people will keep trying to bring me down. What I’m at the Big Boss house is what I’m and that would be me regardless of any circumstance. Just a few people talking against could never bring me down. I’ve been through a lot in the past and this compares to nothing. With time, everything would be cleared out. Just wait for the truth to be out before passing judgements (sic)”.

Shahid’s brother is dating this hottie!