Popular singer Karthik has been accused by a woman, who wishes to be anonymous, has exposed the singer of misbehaviour by sending lewd messages to her. The women wrote, He wanted to touch me and said he masturbated thinking about me. Every time I have met him I cringed to be near him.” “I have heard singers complain about him. This man is a disgusting sicko who tries to exploit female singers on tours,” she added. 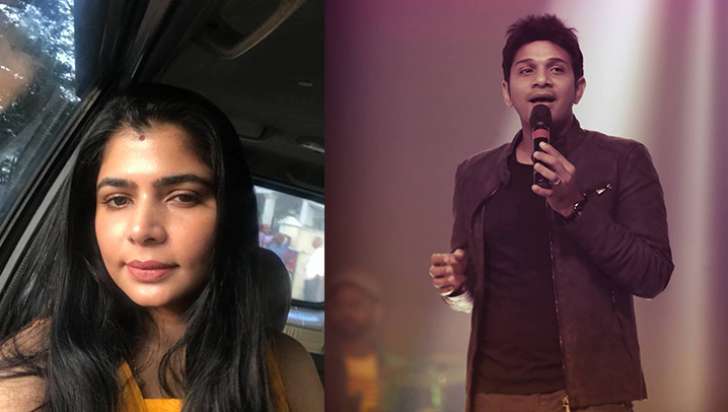 Singer Chinmayi has shared the screenshot of the messages by lending support to the victim.

Chinmayi had opened up in a lengthy Twitter post about the sexual abuse she had gone through. Chinmayi recounted her experience stating that she was sexually molested when she was 8 or 9-year-old. She further exposed a noted YouTuber and Kollywood film critic Prashanth Rangaswamy who called her “super figure” and said he loved her. She also accused noted Tamil lyricist Vairamuthu of sexual harassment. She has been supported by her friend Samantha Akkineni and other women journalists in her battle.