Nandamuri Brothers Jr NTR and Kalyan Ram are back to work and started their respective film’s shoot. The actors’ brothers life turned upside down after the untimely demise of their father Harikrishna on August 29. The tragic death has sent shock waves to Nandamuri fans and Tollwyod fraternity with scores of people paying their last tributes during the funeral procession. 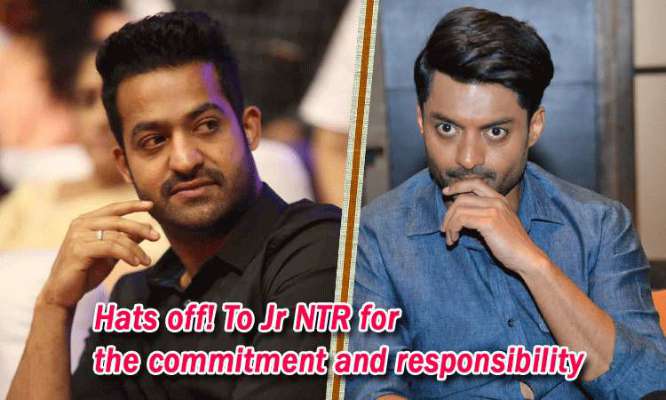 NTR Jr has commenced the shoot for Aravindha Sametha helmed by Trivikarm Srinivas starring Pooja Hegde. While Kalyan Ram is shooting for KV Guhan untitled directorial. The Nandamuri brothers took the decision so that producers and others work is not hampered by their personal grief. The actors would be again taking a break on 11the day for their father ceremony.

On the other hand, the four staff members of Kamineni Hospital at Narkatpally have been removed from the job for their inhumanitarian act by taking the selfie with Harikrishna’s dead body. “We have dismissed the four from service effective today. The hospital staff and administration apologiseS to the public for this insensitivity on the part of the said individuals,” said a hospital spokesperson.

The four staff members had clicked the selfie with a grin and the picture went viral after two days. After it caught the wind of netizens on social media, it sparked outrage calling them an insensitive and inhumane act to perform ever. The people have condemned their behaviour and demanded stringent action against the staff members. Subsequently, the hospital administration has sacked from their posts.