Natural Star Nani‘s son Arjun who he fondly refers “Junnu” is taken ill and admitted in the hospital late night on September 25. Notably, Nani attended a press meet of DevaDas today, September 26. It is learnt that Nani wanted to cancel the press meet but he forgot to inform tot he DevaDas team following which he went for the meet as scheduled. Well, this shows the commitment Nani has which puts him as a professional. 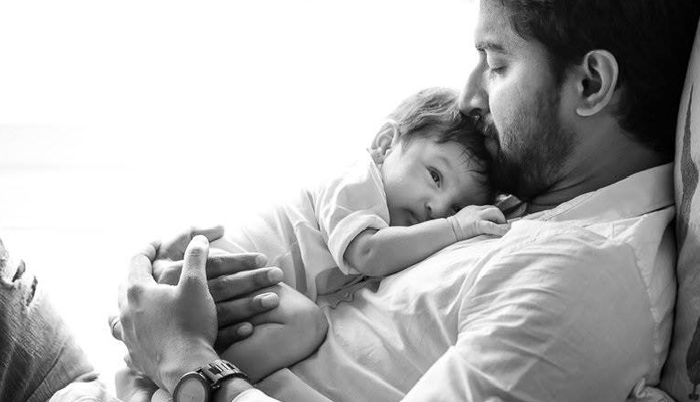 Of late, Nani’s Junnu visited his father on the sets of DevaDas. “It’s been 10 years but I have never been so nervous to perform in front of someone. When Mr Junnu came to visit Dr Dasu on sets,” posted Nani.  Work front, Nani is awaiting for the release of DevaDas starring Nagarjuna which is directed by Sriram Adittya. Aakanksha Singh and Rashmika Mandanna are the lead actresses. Mani Sharma has been roped in for the music and is bankrolled under Ashwini Dutt banner Vyjayanthi Movies. The film will release on September 27.