The show Bigg Boss Telugu 2 host Nani has often under come criticism radar from the audience especially Kaushal fans for being biased. Many expected in this weekend aired on September 22 episode that Nani at least this time will ask housemates about their wrongdoings. While Nani did question Tanish and Geetha Madhuri but it was a asked very soberly unlike to Kaushal where Nani raised his voice against him. 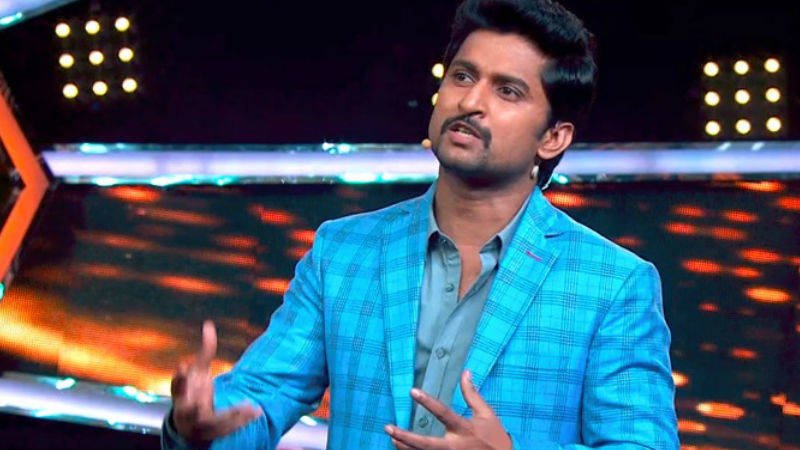 Nani the went on to question Kaushal about his dogs’ remarks, to which Kausal said,” Kukka means Kurchuna undakakunda Ku Ku archavadu ( a dog barks restlessly)”. This left Nani stunned and housemates as well. Nani then asked him to stop giving excuses and admit that it was a slip of a tongue, adding the “boost up”word used by Geetha was nothing wrong. However. many felt that Nani again showed his biasedness by protecting housemates as he wasn’t as strict as he was with Kaushal.   Check the tweets:

What the hell is happening. @nani didn't blast at housemates as we thought and again questioning #kaushal. #GeethaMadhuri using boostup is wrong and Nani supporting get again proves he is baised. #BiggBossTelugu2 #KaushalArmy

It would be really nice if every MAN has a SISTER like @shilpareddy217 to become
1. ZERO to HERO without any reason.
2. Honest Show becomes a Flaw.
3. Host becomes a puppet. @iamnagarjuna @StarMaa @EndemolShineIND #NaniWeDemandYouToBeFair #BiggBossTelugu2

Nani u will get only this type of response when u will be genuine, self confidence, good attitude, unbiased, focus on work , individual thinking .These qualities are missing in u and found in #Kaushal #NaniUnfitForBB2Host #BiggBossTelugu2 #disasterhostnani #KaushalArmy

As usual #NaniUnfitForBB2Host … Waste host..After watching the episode I was more confused about the fights that happened. #kaushal explaining skills are bad at times. He could've royally says they had instigated me with their combined fight and mannerisms #KaushalArmy