In the digital arena, news channels vouch to hold the number one position. Needless to say with so many channels coming up, they vie with one another to retain the top spot many are crossing the threshold of Journalist to boost TRPs. Today, we are going to spill the beans on one such blatant distasteful tactics opted by the top news channels shamelessly, with misleading thumbnails and even using crass, vulgar language for clickbait.

Of late, the digital film originally titled Bhrammanula Ammai Navabula Abbai stirred controversy where Brahmin community alleged of hurting sentiments to their community. Soon, the filmmakers were forced to change the title to Vaalla Ammayi Veella Abbayi. However, various news channels called in for ‘futile’ debates only to cash in on the TRPs. They gave misleading thumbnails to garners attention and make the gullible audience glued to their channel.

The news channels which talk of ethics and getting facts right but when it comes to Intenet they stoop down low by creating a fake title on thumbnails for clickbait. 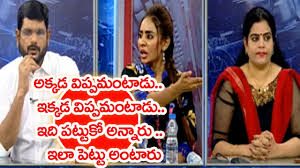 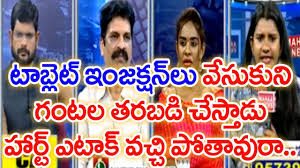 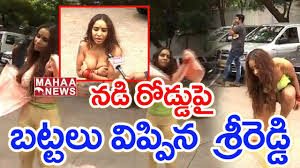 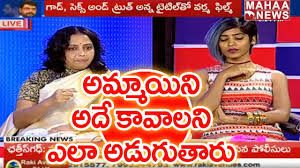 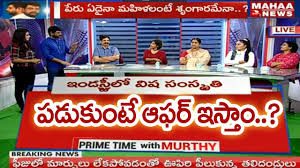 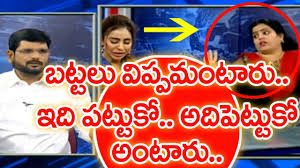 The misleading thumbnails scenario already existed but after Sri Reddy’s casting couch issue surfaced, it stirred up more nasty and despicable thumbnails. The strategy followed by the channels is to run debates and then post the video on YouTube in parts with a loathsome headline. On the other side, they are also posting cheesy and vulgar comments to spurge their TRPs.

People who have become vexed with the media channels dubious standards, terming it ‘enough is enough’. At one time, a hashtag titled #BoycottTeluguMedia had trended on Twitter. 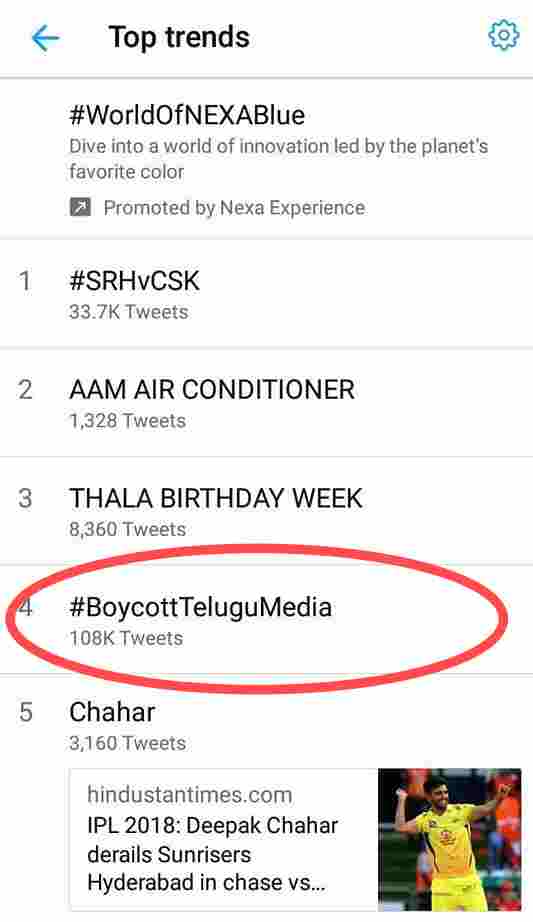 The infamous Chicago sex racket triggered storm in Telugu cinema. A sensitive issue which neede to be dealt with utmost care as some of the top South actresses names were included. But instead of handling it diligently, the newsmakers of top Telugu channels many revealed the identity of the victims and some started speculating who the actresses could be in the Chicago prostitution racket. “Our stand is to stop this naming and shaming campaign by revealing names of alleged victims, whether Sri Reddy does it or someone does it, we condemn them,” said Sandha, an activist. Isn’t that a cheap, low-level culture to defame someone for mere TRPs?

a) Revealing Actresses Pic On Thumbnails

The top media channels rather than guarding heroines identity caused double whammy to them by putting out their pictures with a nasty headline on thumbnails. Secondly, a prominent news channel “scripted” audio conversation of the Chicago sex racket and telecasted it. For boosting TRPs it falsely created a plot which never happened.

It is worth mentioning here that, foreign media unlike here never give in identify of the victims and never takes the charge of confirmation unless cops ascertain true facts.

4. Sadly, now the latest debate running on news channels is about Kathi Mahesh and his comments on Ramayana. Instead of projecting the real issues, the channels are creating news and calling for endless discussions on topics which need to be sidelined.

Where has the journalism, authenticity gone? Media addressed as the fourth pillar of democracy would lose its credibility if it continues to indulge in chessy activities for profit motive.

Chandrababu New Slogan To Be ‘Save Telugu Desam, Save My Son’

Prabhas’s actress rejected offer to team up with Chiru?