Young hero Naga Shaurya whose recent outing, ‘Oh Baby’ starring Samantha became a hit, is going to come up with an action entertainer, ‘Ashwathama’ under the direction of debutante Ramana Teja.

Mehreen Kaur Pirzada is playing the female lead in the film. Airtel 4G girl Sargun Kaur is playing a key role in the film. The makers who have wrapped are now busy with the promotions. Today, the song promo of the first single from the film, ‘Ninne Ninne’ got released. Sri Charan Pakala of ‘Goodachari’ fame came up with a mesmerizing tune for this film. Lyrics by Ramesh Vakacharla are good. Armaan Malik’s voice is magical. The full song will be out very soon.

Shankar Prasad and Usha Mulpuri under IRA Creations banner are funding this project. The movie is gearing up for January 31st release. 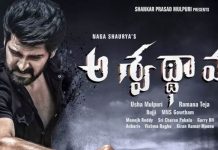 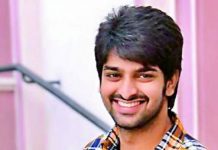 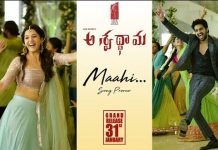 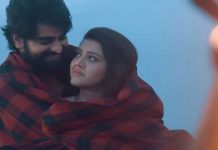