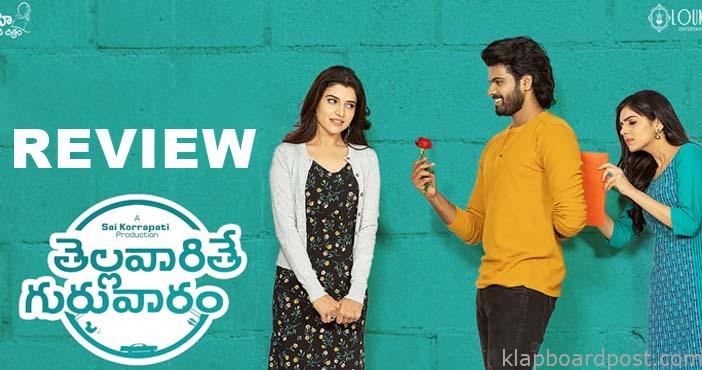 Tellavarithe Guruvaram is a film that has been promoted a lot in the last few days. The film is out now and, read our review to find out if the film has any juice in it or not.

A grand wedding of Veeru(Sri Simha) and Madhu(Misha Narang) is all set to happen in a day. But sadly, the bride and the groom have other plans and decide to escape the wedding. They elope together to find their own paths but destiny brings them back together as husband and wife. How two strangers who do not want to tie the knot end up as husband and wife is the basic story.

Sri Simha, the hero of the film is okay. He has improved but there is a long way to go before he makes it big. Heroine Misha Narang is quite effective in her girl next door role. Chitra Shukla is made to look cheap in her role which has no weight.

Comedian Satya is super in his role and evokes good fun for the audience. Viva Harsha is also neat in his limited role. Rajeev Kanakala is wasted in his role completely.

The film is a very unique drama of two strangers getting into a relationship. This thread looks quite good on paper. But when it comes to the execution, things falter. The film is directed by a debutante Manikanth and he looks a bit naive with his narration. He has written the story nicely but could not bring it to life on the big screen.

The hero has a breakup and for that reason, he decides to marry. All this is not handled well even though there was so much scope for comedy and romance. But the director does not use any of it.

Kaala Bhairava’s music was hyped a lot but that too did not add any weight to the film. Satya and his track are quite good in the film and that is the only solace. The climax is forced and has been dealt with on a weak note.

The first half has decent comedy and twists but things become routine in the end. A good story is made into a bad film. In a nutshell, Tellavarithe Guruvaram is a film that has an endearing idea but is spoilt in narration and makes up for a botched up-romance.