Tamil Bigg Boss fame Vanitha Vijayakumar recently got married to filmmaker Peter Paul as per Christian wedding. However, the wedding has stirred up controversy after Peter’s first wife filed complaint against him and his marriage as he is still married to her as divorce hasn’t been taken. Following this, TV host Laxmi Ramakrishnan took to social media stating how Vanitha has taken wrong step. Similarly another celebrity Kutty Padmini also passed on same remarks. Subsequently, Vanitha Vijayakumar lashed out at both of them. 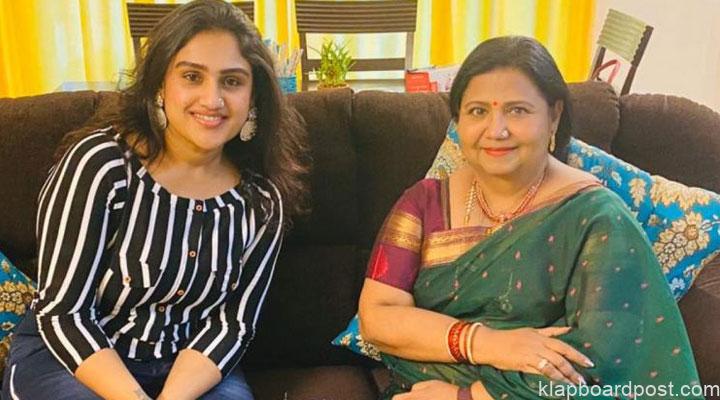 In a series of tweets, she wrote, “Dear @KuttyPadhmini sorry to have to comment here but you spoke here not to me..u could have had me in an interview..I would have obliged since I respect u…but now u proved ur intentions…let me tell u one thing..ty for your worst suggestions on dumping my kids …I m unlike u your children’s future in media…unfortunately I’m talented enough to earn money without involving gossip and useless talks about people who are not in my life…and u know what aka I HAVE A LIFE…I hope this gives you the cheap publicity ur looking for ur channel..god bless.”

Later, Kutty Padmini apologized to her saying, “Hi Vanitha I am matured enough to say sorry if I have hurt you I bless you I feel sad u dint understand me, [sic] Kutty Padmini replied to Vanitha’s tweets.