Initially, Antariksham unit wanted Chiranjeevi to attend the Antariksham pre-release event. But, finally they settled for Cherry. It is being said that Varun Tej was the real reason behind this. He wanted to get the support of Cherry fans for the film. So, he chose Cherry for the pre-release. 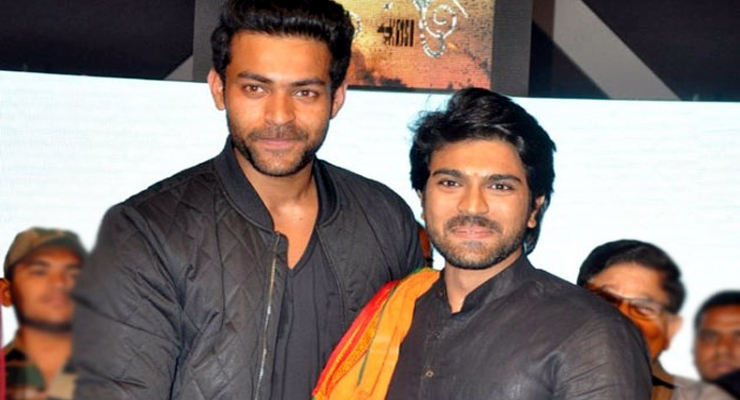 He did that because F2 is being released on the same day Cherry’s ‘Vinaya Vidheya Rama’ is being released and Cherry fans are clearly peeved. They are questioning him on this through social media platforms. But, Varun has no say in these matters as producer Dil Raju decides the release time. So, to minimize the damage from Cherry fans, Varun has invited Cherry himself for the function.

He knows that Cherry would be busy with the promotion of Vinaya Vidheya Rama during the release of F2. So, he wants to cool up Cherry fans by inviting their hero to his film’s function. He does not want to annoy Cherry fans as already Balayya fans are upset due to Naga Babu’s ‘Who is Balayya’ comment.